Why Adults Should Play Every Day 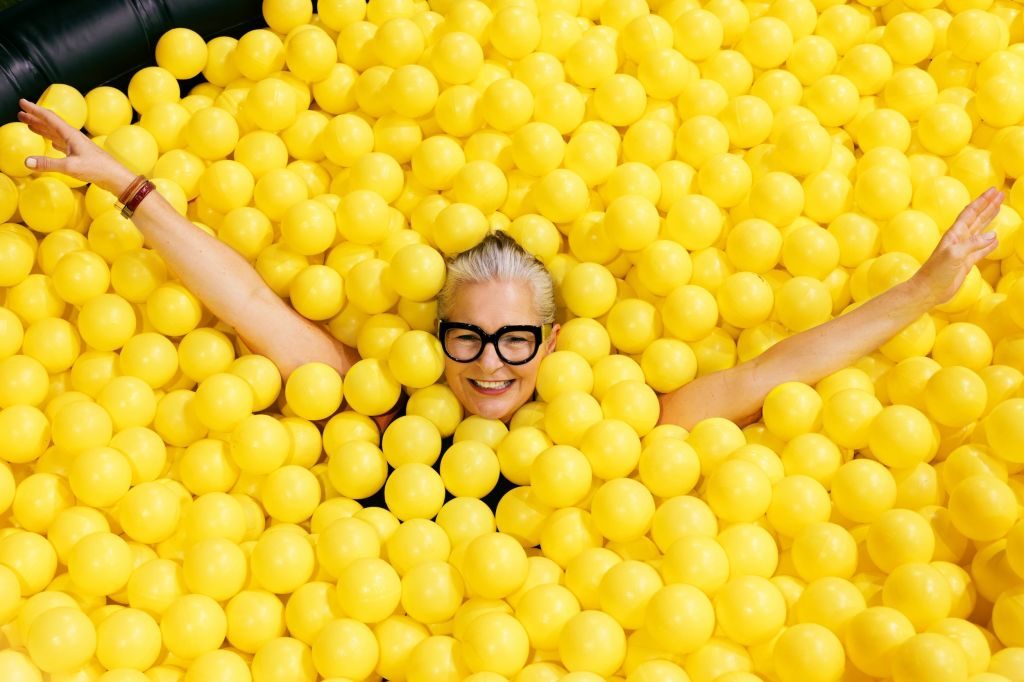 Everyone knows that children and playtime go hand in hand. Recent studies have shown that play is an essential part of children’s mental development. Through free play, kids develop their language, vocabulary, social-cognitive, collaboration, generosity, and emotional intelligence skills. But it’s easy to forget that adults benefit greatly from play as well. If you can’t remember the last time you played just for fun, it might be time to put down that to-do list and head out for recess.

What is “Play” for Adults? 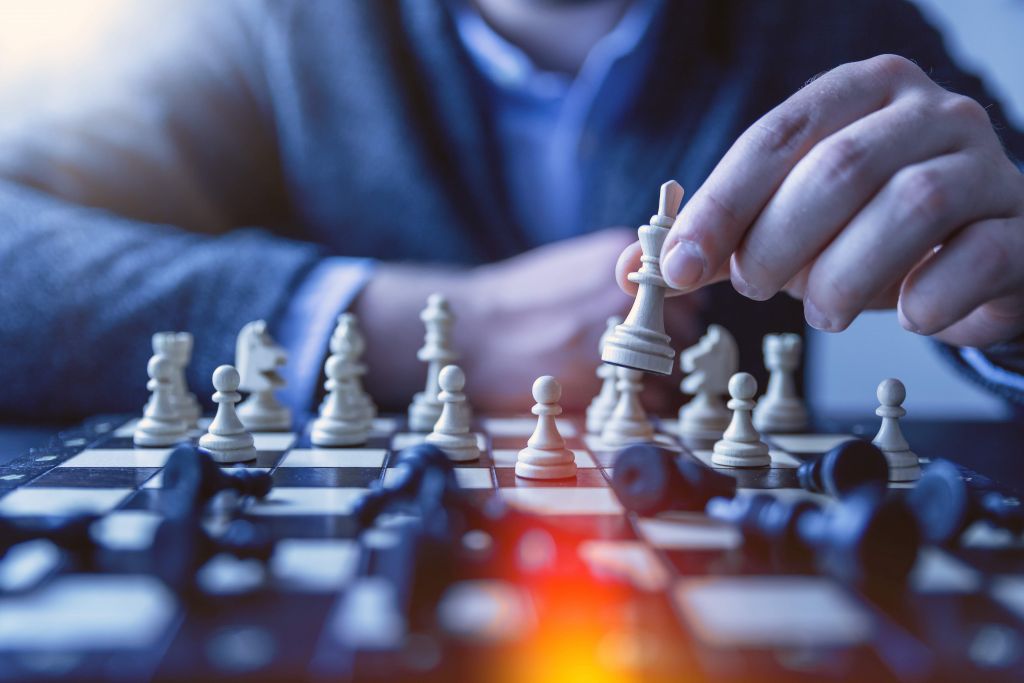 When we think about “playing,” adults often think of playgrounds or toys, but play for adults can mean many things: novelty, pleasure, exhilaration, mindfulness, laughter, or creativity.

Play is hugely beneficial for adults for so many reasons:

Being a playful adult even makes you more attractive. How many people say “sense of humour” when asked what they look for in a mate? Nearly everyone.

For adults, it’s not necessarily specific activities that count as play; it’s more about the way activities make you feel. If you love to do something and it makes you feel happy, exhilarated, or relaxed, it could be considered play.

If there’s a fun task at work that you can’t wait to get to every morning, that counts. If you love folding T-shirts and organizing them by colour KonMari style, you’re playing, my friend. 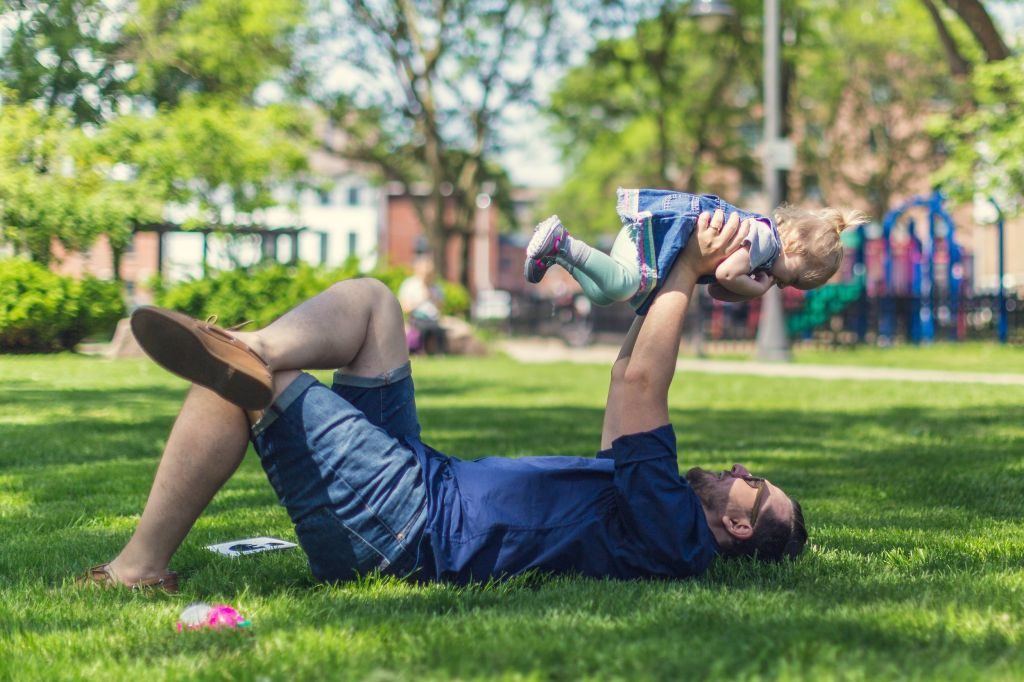 If you’re stuck for ideas, think about what your favourite things were as a kid.

As adults, we’re expected to be serious and responsible, but there’s no reason we have to be that way all the time. Don’t be ashamed to indulge in the adult version of something that used to bring you joy.

How to Add More Play to Your Life 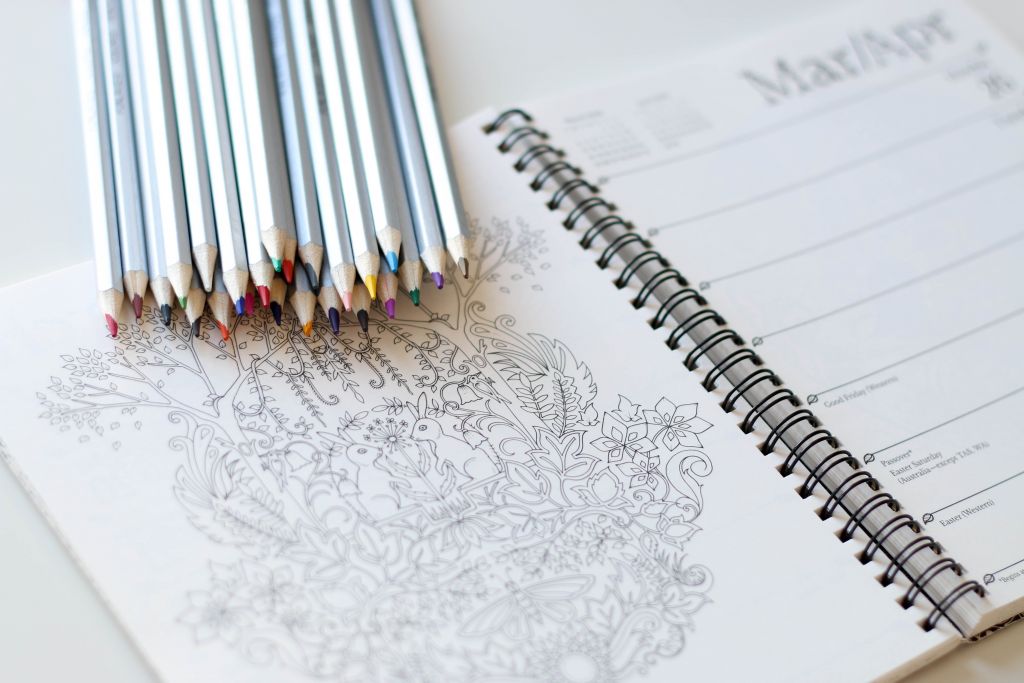 Play doesn’t have to be a big commitment, either. There are countless ways to fit a little more play into your day that don’t take much time or money. For example:

How Much PlayDo You Need?

As adults, how much should we play? Experts say every day! It can be either a big life change, or a 5-minute recess, but whatever it is, it will be worth it for your health and happiness. And you remember what happened to Jack, right?

Looking to add some more fun and games into your life? LD makes it easy with a huge selection of board games, puzzles, adult colouring books, art supplies, video games, and more.

Comments: Comments Off on Why Adults Should Play Every Day

These days, when nearly everyone seems to have a smart device in their pocket, it can be tough getting the whole family to spend quality time together. But some things never change, and nothing brings families together quite like Games Night! 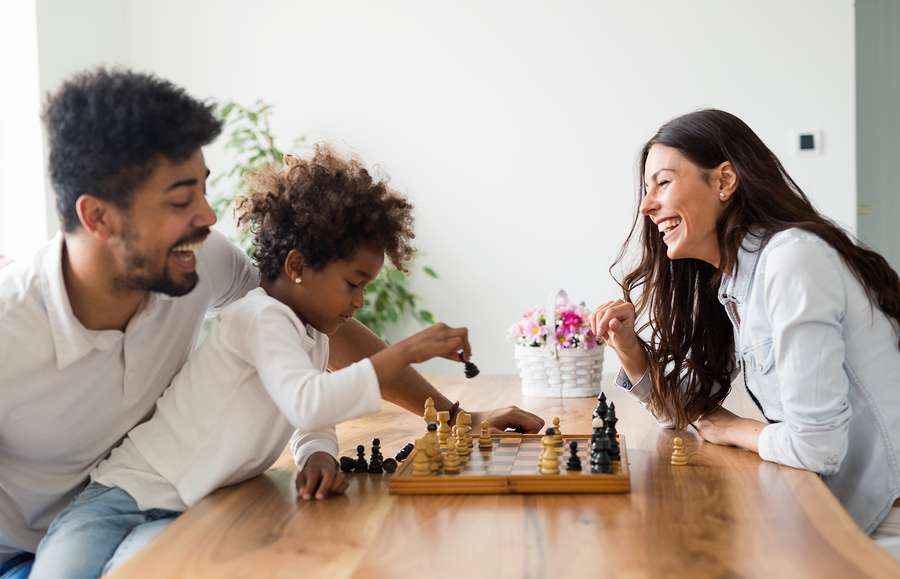 Here are nine suggestions in three categories to get you started.

The Classics – with a twist! 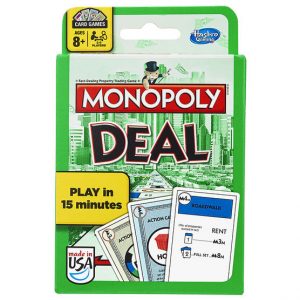 Monopoly Deal: A twist on arguably the best known board game of all. Some would say a needed twist. Monopoly, after all, takes a while to play and has lots of pieces to keep track of. Monopoly Deal offers a brand new, streamlined experience. It’s fast, about 20 minutes, but delivers all the financial ups-and-downs and excitement you’d expect. 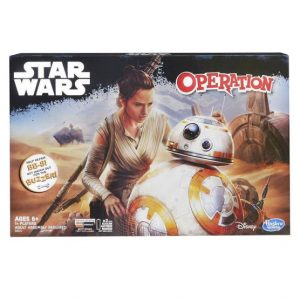 Star Wars Operation: We all know Operation, the classic game of carefully removing bones from a patient. That zzzz-zap sound still brings back memories, and now you can introduce the fun to a new generation. Star Wars Operation lets you repair Rey’s adorable companion, BB-8. 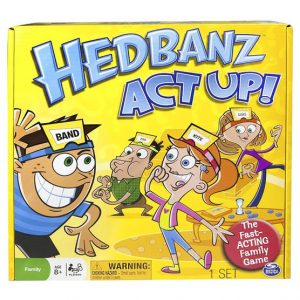 HedBanz – Act Out!: Charades, arguably the world’s oldest still-popular party game, dates back to at least the 1700s  in France. Your whole family will love this modern twist that sees players acting like the clue cards on each other’s provided headbands. Get ready for LOLs galore, IRL! It’s perfect for birthday parties, too.

Board Games: The Next Generation 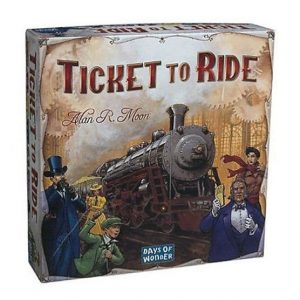 Ticket to Ride: Released to award-winning acclaim in 2004, this game sold 4 million copies by 2014. So it has laid more than enough track by now to be considered a true modern classic. Players race to establish train routes between major transit hubs, and to connect their own tracks onward in unbroken chains. Strategy. Secrecy. Subterfuge. This game has it all. 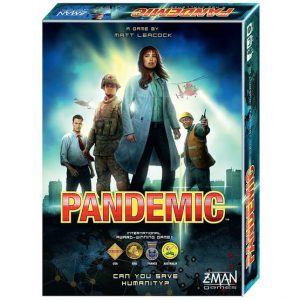 Pandemic: The family that saves humanity together, games together (or something like that). Released in 2007, this game is spreading virally toward legendary tabletop status. Players assume the roles of globetrotting scientists, medics, and logistics experts, working together to stop not one global pandemic…but four. Finished it? Don’t worry, expansions are available to continue the story and the fun. 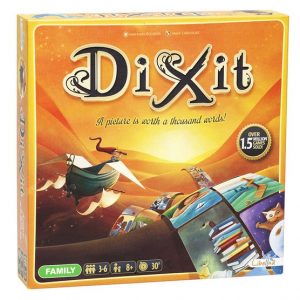 Dixit: Want a game to set your imagination soaring and help develop your family’s storytelling skills, look no further than this fantastic game. Designed in France in 2008, it has since won multiple international games awards, and the hearts of players around the world. Basically, players take turns creatively describing a famous story and the others try to guess it using the cards in their hands. 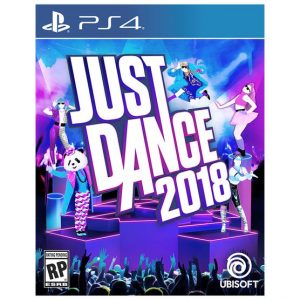 Just Dance 2018: The latest edition in a beloved series, it’s available on seven gaming systems. So if your family likes music, movement, or generally having fun: this one’s for you. It has variable difficulty settings, too. So even those with the freshest moves around can play with the rest of us. It’s also a great way to add some exercise to games night. 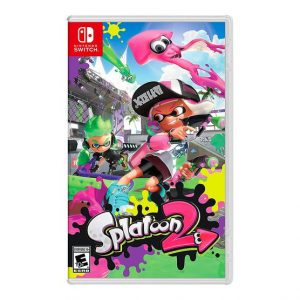 Splatoon 2: The follow up to the silly-but-serious WiiU stand-out, players race to splatter turf in ink of their team’s colour. Players also don sweet, swaggy street gear and use a variety of inky weapons and marvelous moves. Families can also play together over long distances with online play.

Really, this is just one of several great family games for the Nintendo Switch, probably the best bet overall current console for family game night. 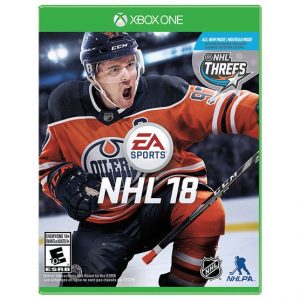 NHL 2018: Take to the ice as your favourite team (or try out life as a member of the new expansion team, the Las Vegas Golden Knights). Play locally with family, or expand your competition to online play. You might be surprised at how much Mom enjoys throwing a check.

We’ve got just over a month until Christmas. Time to get your shopping sorted!


Starting with last week’s Holiday Gift Guide for the Home Cook, we’re posting gift guides every week until Christmas. Each will be aimed at different groups and include gift ideas from stocking stuffers to show stoppers.

This week, our guide has gift suggestions for all the kids in your life that parents won’t mind playing with either! Whether you’re a parent yourself, or you’re buying presents for other kids and parents in your life, London Drugs has plenty of ideas and options.

Board Games are Big Again

Board games have gotten incredibly popular over the last few years. Board game cafes and bars in Calgary and Vancouver can attest to their popularity! Board games are tried and true, and (actually) fun for the whole family. They make great gifts, but choosing between the hundreds of games available can be overwhelming. That’s why we’re here to help! 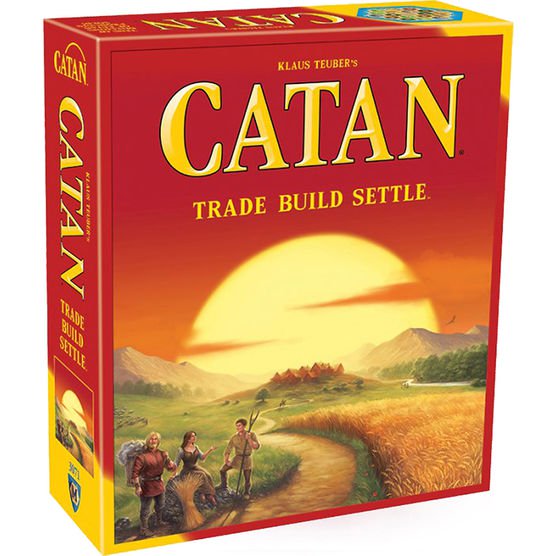 Modern board games range from serious strategy games like Ticket to Ride or Settlers of Catan to classics with a twist like NHL-OPOLY. Strategy games tend to be better for older kids, but Dixit is good for kids three and up while still being super fun. Pandemic is a cooperative game, teaching valuable lessons about collaboration while players work together to save the world. Kids and parents alike will appreciate learning new games. 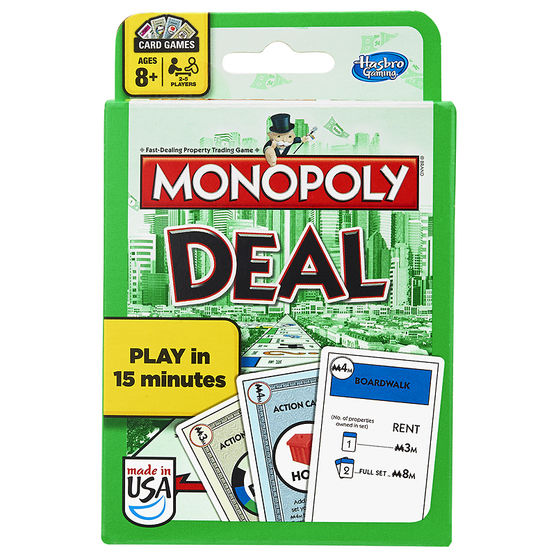 Or, you can give the parents in your life some classics from their childhood to share with their own kids, like Twister or Battleship. Monopoly Deal is a great new version of an old classic that is quick to play and won’t cause any family feuds!

While board games are great, video games are really the modern classic. This year’s ultimate gift is the Nintendo Switch, especially bundled with Super Mario Odyssey. The Switch can be a home gaming system, or a portable device kids can continue playing on for those long car rides. 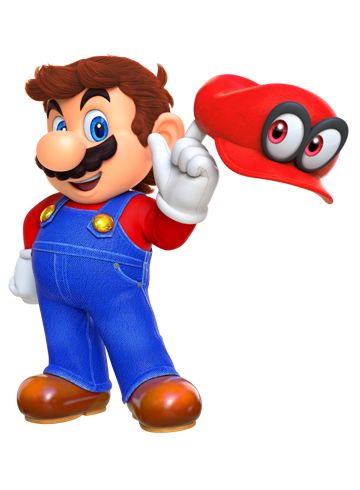 If the kid on your list is into computers, teach them the basics of programming with this cool programmable robot. 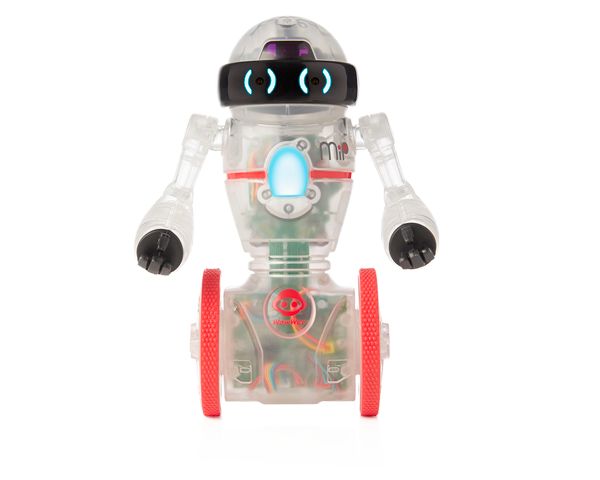 iPads are incredibly versatile techie gifts, good for young and older kids alike. They’ve got YouTube and Netflix for watching kids shows, tons of easy-to-learn games, and they make it easier to connect with family through FaceTime. There’s nothing better for grandparents, aunts, and uncles than a video chat with excited kids on Christmas morning!

For families wanting less screen time, crafty gifts are endlessly fun. Scientifically minded kids will be into these Cool Science Experiments, ranging from invisible ink to lava lamps to hoverboards.

Those who love to draw will appreciate a fresh set of pencil crayons. Pair them with a sketchbook to make a complete drawing kit. 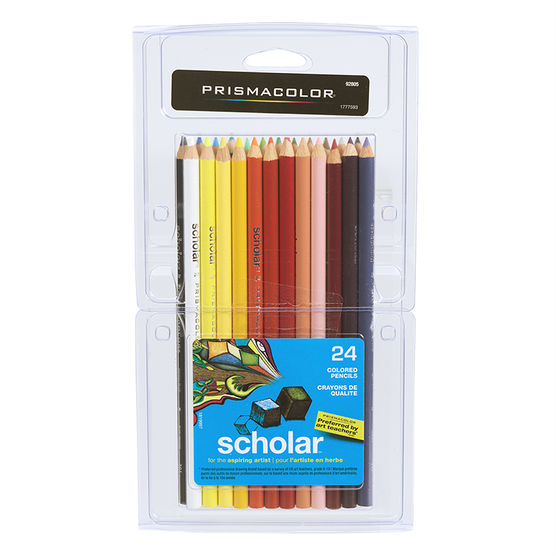 Colouring books are always fun and relaxing. Give them a colouring book with their favourite movie characters (be it Minions or Spider-Man) or opt for beautiful shapes or animals and let the recipient tell their own stories with colour.

As frustrating as stepping on those tiny pieces can be, Lego is a classic toy for a reason. Get fancy sets for older kids, like this Star Wars Resistance X-Wing, or go back to basics with a  classic creativity set. You can make anything with Lego. 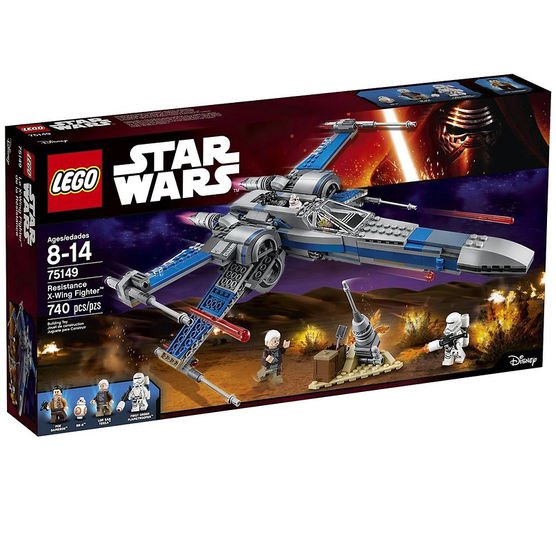 Personalized presents are great for kids—they love seeing pictures of themselves and their family! The PhotoLab can put your family photos on just about anything, but some particularly good gifts are personalized mugs, ornaments, and puzzles.

For more gift-giving advice for the kids (and parents) on your list, speak to an LD Expert today. To make a purchase, visit London Drugs in-store and online.

We’ll be back soon with a top gift guide for techies. See you then!

See all of our 2017 Holiday Gift Guides here:

2017 Holiday Gift Guide for the DIYer

Comments: Comments Off on 2017 Holiday Gift Guide for Kids (and Parents)