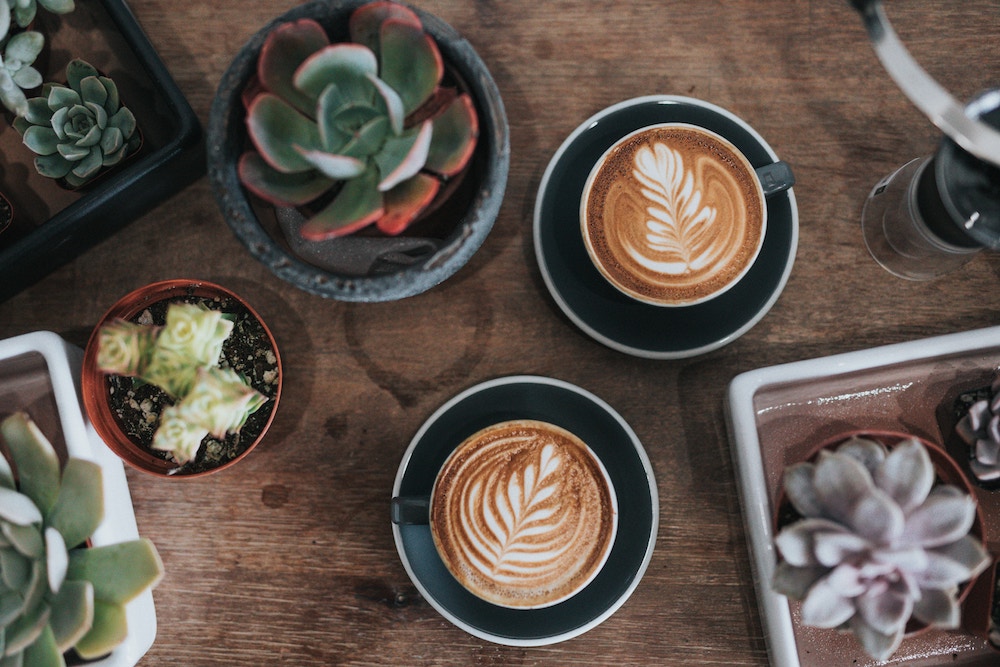 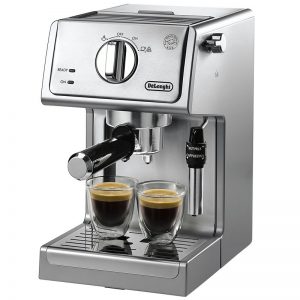 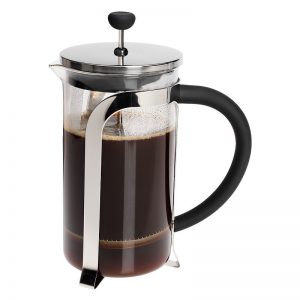 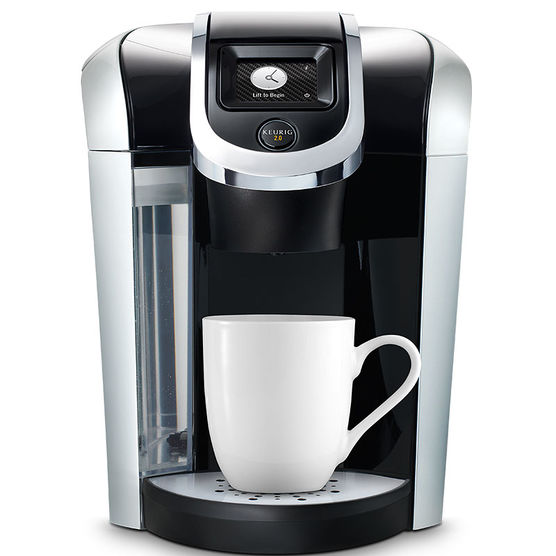 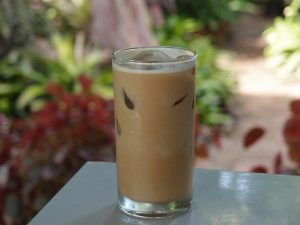 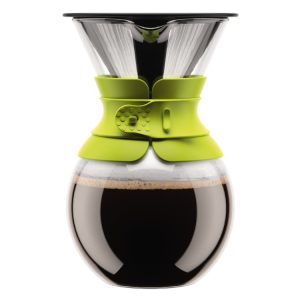 Why Fika is the Key to Happiness at Work 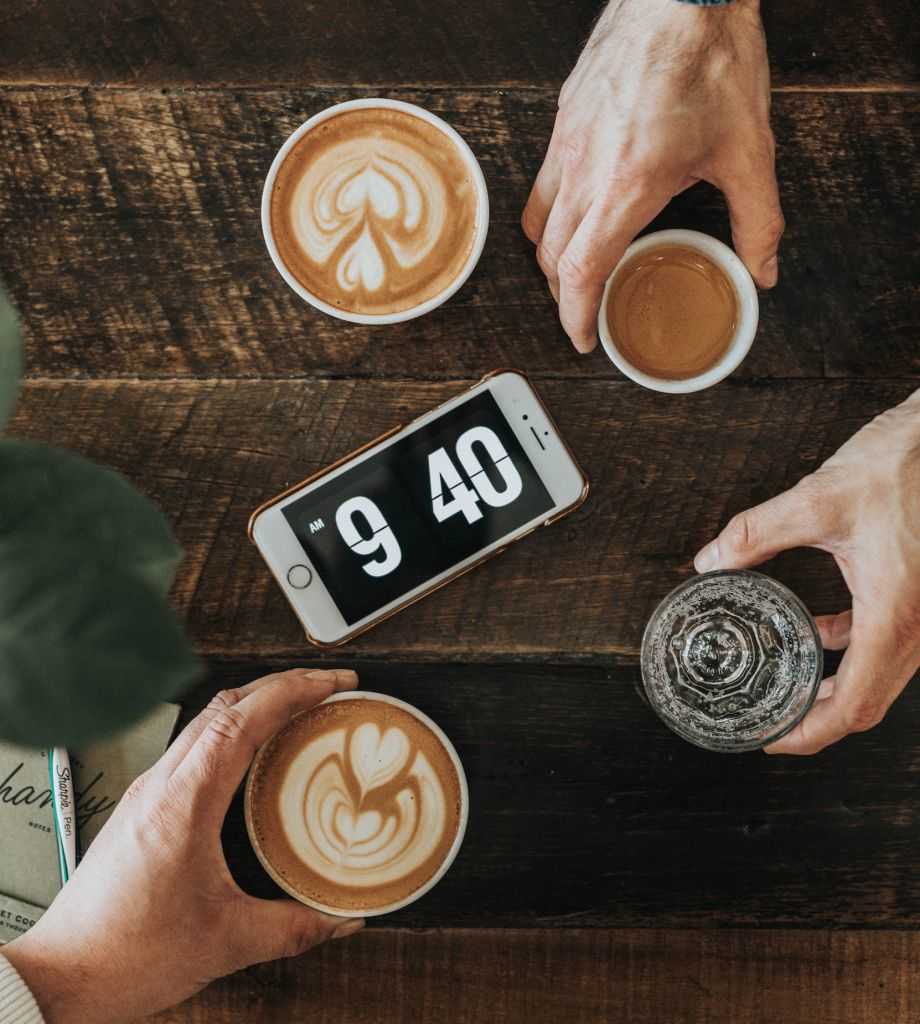 One could certainly say that Scandinavians have a lot of things figured out. They consistently take top honours when it comes to prosperity, education, and happiness ratings, so we’d probably be wise to take their advice. We’ve posted before about the delightful, Danish notion of hygge (or the art of getting cozy). Our new Scandinavian obsession is the Swedish tradition of fika. Read on about why we love the idea, and why we think everyone should incorporate it into their workday.

What is Fika, anyway? 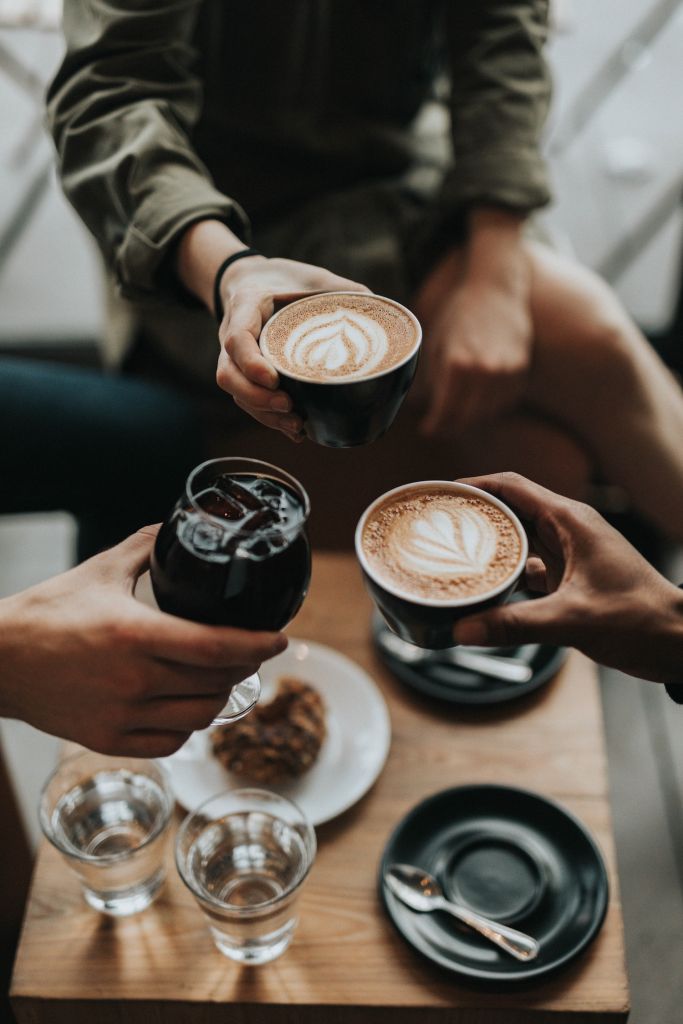 There is no literal translation for fika in English, but it is defined as “a concept in Swedish culture with the basic meaning to have coffee, often accompanied with pastries, cookies or pie.” But ask any Swede, and they will tell you that fika-ing (yes, you can use the word as a noun or a verb) is about more than just grabbing a coffee; it’s a moment to leave work behind. Traditionally taken twice a day (first at 10am and then at 3pm), it’s not a strategy for more meetings with coffee in hand, it’s a chance to actually relax with co-workers. Despite Sweden being the world’s third-largest coffee drinking nation, Fika doesn’t necessarily even have to involve coffee—tea or lemonade are popular alternatives. The point is to slow down and connect.

Why should I Fika? 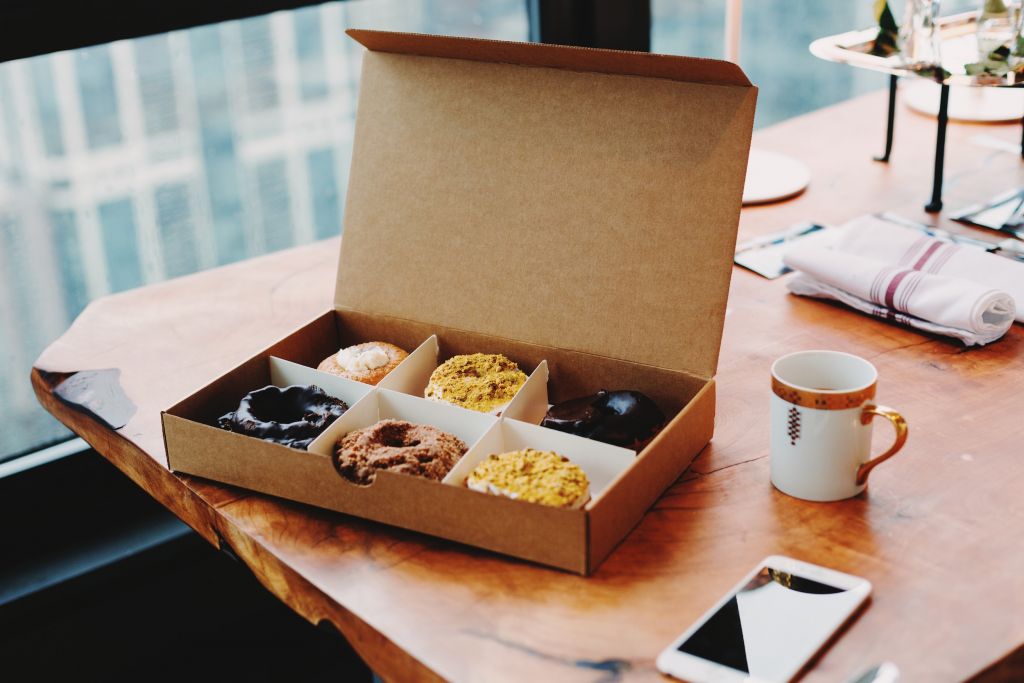 Work is inherently a social activity. It has to be; even if you don’t work around a lot of people that often, you do work for people. At the same time, people are getting busier than ever, and our work increasingly involves more technology and less interaction every day, so that can lead to more isolation in the workplace. When we’re not connecting with the people we spend so many hours a day with, there is potential for loneliness.

Studies have shown that loneliness and isolation at work can not only lead to depression, they can kill your job performance. Recognition, gratitude, encouragement, emotional support, and camaraderie are all important factors to finding fulfilment at work, and life in general, so nurturing these things with regular personal connection can increase productivity, improve motivation, and foster company loyalty. The stripped down, casual style of fika breaks can even lead to new ideas and more creative problem solving.

So, Ska vi fika? Let us know how you practice fika in the comments below, or if you’ll incorporate it into your work day!

Comments: Comments Off on Why Fika is the Key to Happiness at Work

The days are colder, the nights are longer, and we’ve fallen back, ending Daylight Saving Time. Time to start planning for the holidays! Do you know what gifts you’re going to get for your loved ones this year? We’re here to help. 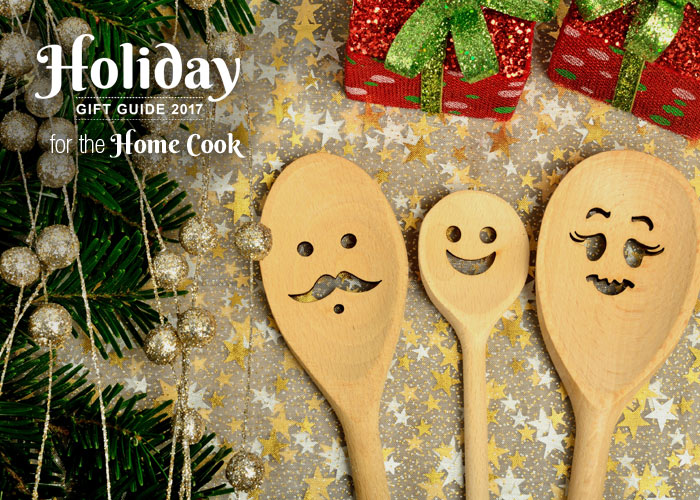 Throughout November and December, we’ll be posting holiday gift guides for everyone on your list, with a wide range of gift ideas and price points on each. From showstopper items to smaller stocking stuffers, we’ve got you covered.

We’re starting our holiday gift guides with ideas for the home cook in your life. Whether you know an adventurous chef or a young person just learning the basics, you can’t go wrong with kitchen-y gifts. Everyone needs to cook!

Here’s our guide to buying the perfect kitchen goodie for the home cook on your list.

1. Introduce Them to the Joys of the Crock-Pot Life

The Crock-Pot Express 8 in 1 Multicooker is an outstanding gift for the home chef. It’s a convenient way to make delicious, hearty fare that will nourish an entire household. The bonus? It does all the work while you’re out preparing for the holidays or relaxing with a good book. 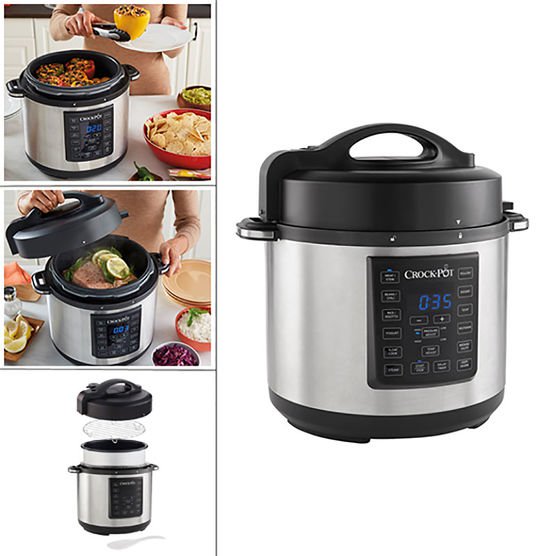 This particular model is an 8 in 1 wonder appliance, with settings for rice cooking, yogurt making, and more. Include some recipes with your gift so the recipient can get started with it right away–we’ve got a list of 3 sensational crock-pot recipes right here. 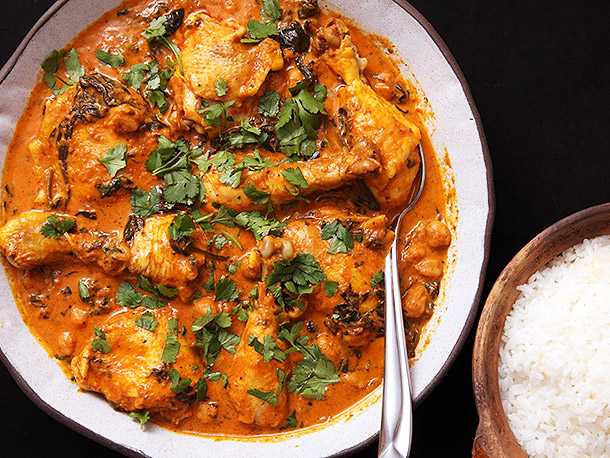 Chances are your foodie friend loves coffee just as much as they do cooking. But do they have all the tools needed to make a truly great cup of coffee? A real chef will appreciate a grinder to grind their own beans to the perfect coarseness for their coffee maker of choice. 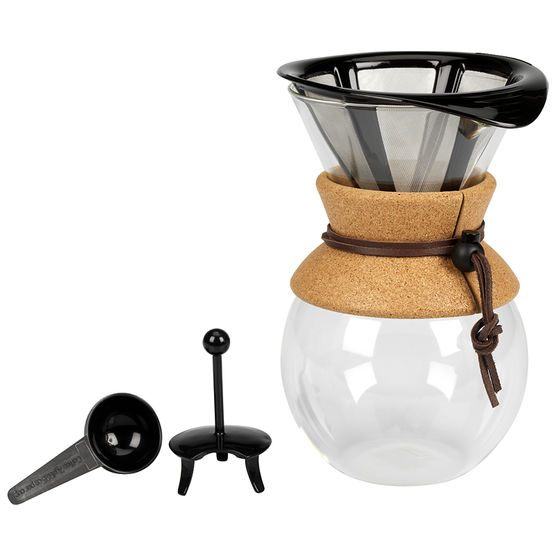 Do they need a new coffee maker? Why not a cold brew coffee maker to make delicious cold brew at home! If they love design as well as functionality, this beautiful Bodum pour over coffee maker with a classic cork band will look gorgeous on their shelves. And for those that would prefer to spend their time cooking rather than making coffee, a Keurig K-Cup machine to make the perfect cup every time with no effort on their part. Help them end their dinner parties with just the right amount of coffee, and without stress.

Chances are, the home cook in your life has a solid set of pots, pans, and knives, but those good reliable basics may need some upgrading. Non-stick coating wears off and pans get scratched–it happens to the best of us. This Gotham Steel 10 Piece set is made with stainless steel, and the cooking surface is scratch resistant and oven safe. If your friend is a little more traditional, you can’t go wrong with a good cast iron skillet. 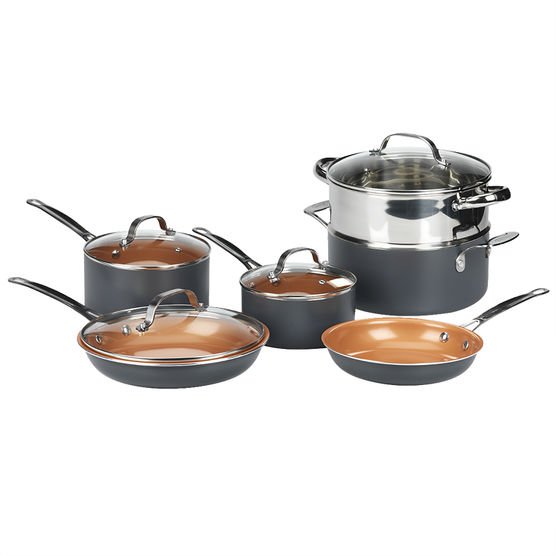 Even if they have a good set of kitchen basics, no home cook worth their salt can resist a beautiful new tool that’s good for cooking and serving. Think colourful enameled cast iron dutch ovens, cookware classy enough to go from oven to table, and quintessential white CorningWare dishes. 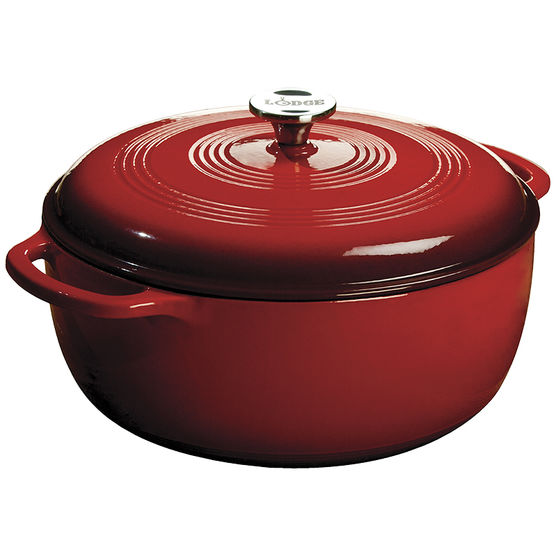 4. Give a Gaggle of Gadgets

The best part about being a cook is that there’s always a cool new tool to try. Specialized utensils, gadgets designed to make a job easier, or niche appliances would make great gifts for the kitchen connoisseur in your life. Add some tools to their toolbelt!

It can seem overwhelming trying to find something that they don’t already have, but if you pick something related to a recent food trend, you’re generally good to go. Think spiralizers, cupcake carriers, and milk frothers. 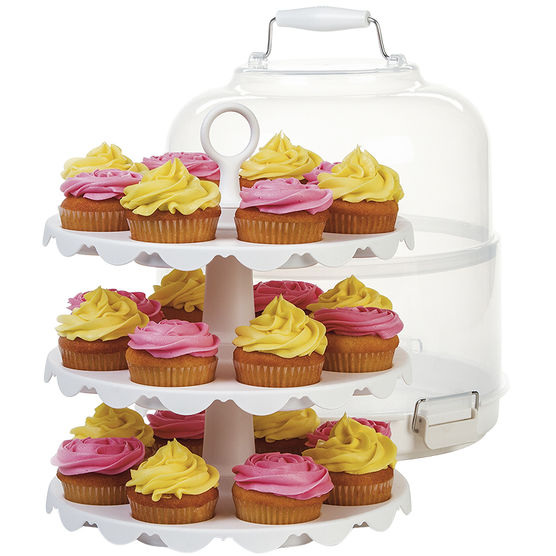 Or go the other way, and pick up tools that will always be useful: multi-blade herb scissors, a knife sharpener, or an egg poacher. This knife mat will corral their blades and keep them sharp, while this covered bowl with included serving set is perfect for bringing to parties. No matter who you’re buying for, there’s a gadget out there for them. 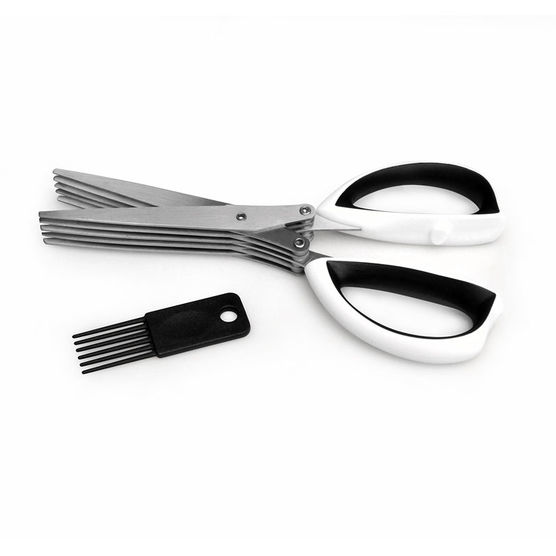 For more gift-giving advice for the home cook on your list, speak to an LD Expert today. To make a purchase, visit London Drugs in-store and online. We’ll be back next week with a gift guide for kids (and parents). See you then!

See all of our 2017 Holiday Gift Guides here:

2017 Holiday Gift Guide for the DIYer

Comments: Comments Off on 2017 Holiday Gift Guide for the Home Cook