In the Field with the New Sony RX100-VII Camera

Sony has just dropped their RX100-VII compact point-and-shoot camera! Our LDExperts had the opportunity to take it into the field at the Richmond Sunflower Festival and put it to the test. Watch the video below to get a peek into the camera’s key features and see actual footage from the RX100-VII. Then keep reading below to find out what we think (and catch our exclusive video with Jin from Sony Canada at the bottom of this post)!

The Sony RX100-VII is the seventh iteration of Sony’s top-end point-and-shoot RX100 line. The newest incarnation brings many features of the A9 mirrorless into a compact pocketable camera. The all-new 20.1 MP, 1” stacked sensor can capture bursts at 20 frames per second, has incredible autofocus and can create 4K HDR video!

The impressive spec list of this camera doesn’t stop there. The most notable performance upgrades come in the video features. Sony decided to include an integrated 3.5” microphone jack, and continuous autofocus with face, eye and object detection in video mode (including eye detect for animals). Combined, these features open this camera up to anyone looking to create high-quality video content with sound.

Equipped with a Zeiss 24-200mm F2.8-4.5 lens, this camera can achieve nice wide-angle shots for up-close action, with the telephoto abilities to get right in on the action from the sidelines. The burst mode of 20 frames per second with no blackout or dropped frames is lightning fast, and ensures you can capture those moments of high-speed action.

Having it out in the field at the sunflower festival, we spotted a hummingbird to put the camera’s quick focus and burst mode to the test. When we spotted it, we quickly pulled the camera out hoping to capture the shot. To our pleasant surprise, the camera powered up, and zoomed in in no time.  The autofocus instantly locked in on the hummingbird and the burst mode captured it beautifully. The quick response of the RX100-VII proved it as a capable pocket power machine.

These features also translate well for parents with active kids. The autofocus and burst mode combine to make sure you always capture your children in any activity they are participating in.

It’s also great for shooting in manual mode! For the more seasoned photographer, the camera’s manual controls allow full control over all settings, to really capture the shot you want. The front ring dial also allows for a custom experience by choosing what setting it controls.

Overall, our impression was how capable this camera was for such a small package. We strongly recommend it for anyone looking for a serious upgrade from their phone, but without diving into the interchangeable lens world.

Pick up your Sony RX100-VII at London Drugs here!

Comments: Comments Off on In the Field with the New Sony RX100-VII Camera

Here’s Why Countless Canadians Trust Us with Their Photos

Welcome to the London Drugs Photolab!

With over 35 years of photofinishing experience, the London Drugs Photolab can help you to preserve your memories and bring your photos to life. Our Photolab provides a wide variety of prints and personalized gifting products to creatively share your best photos, from photo books and mugs, to fine art prints and so much more.

Our experienced Photolab Technicians are dedicated to producing the highest quality photofinishing products, as well as offering Photolab services including film processing, scanning, and digital restoration: all using state-of-the-art equipment.

Why trust us with your photos? Watch the video to see how our LDExperts Nikki and Dave have built trusting relationships with their Photolab customers. Or just ask the countless Canadians – families and photographers alike – who already trust us with their photos!

On the Hunt for Easter Treats? Egg-citing Gift Ideas for the Entire Family 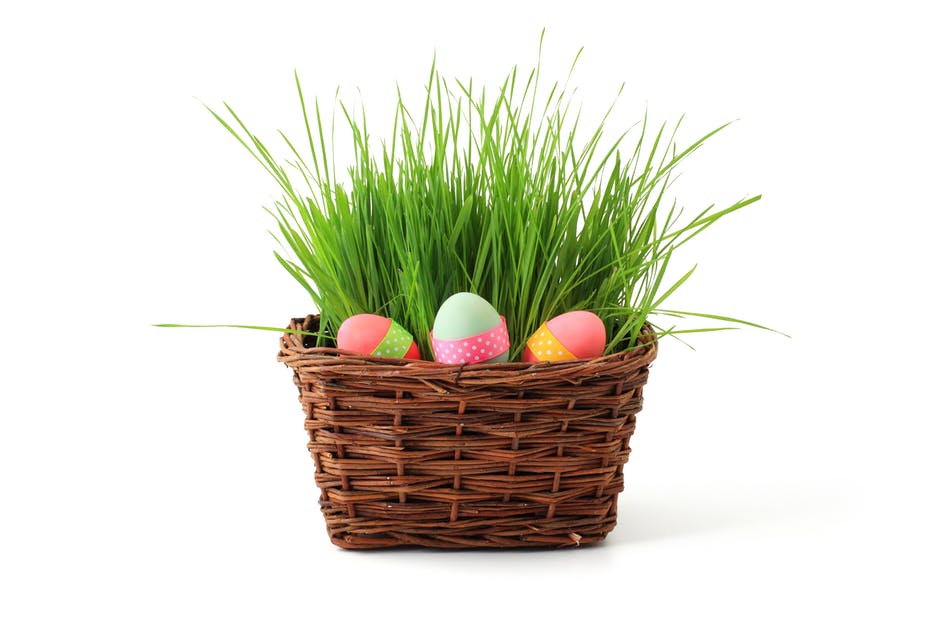 Everybody loves getting something sweet Easter morning, but there’s nothing wrong with shaking it up every now and then, especially when the majority of us are still working through that Valentine’s Day bulk. 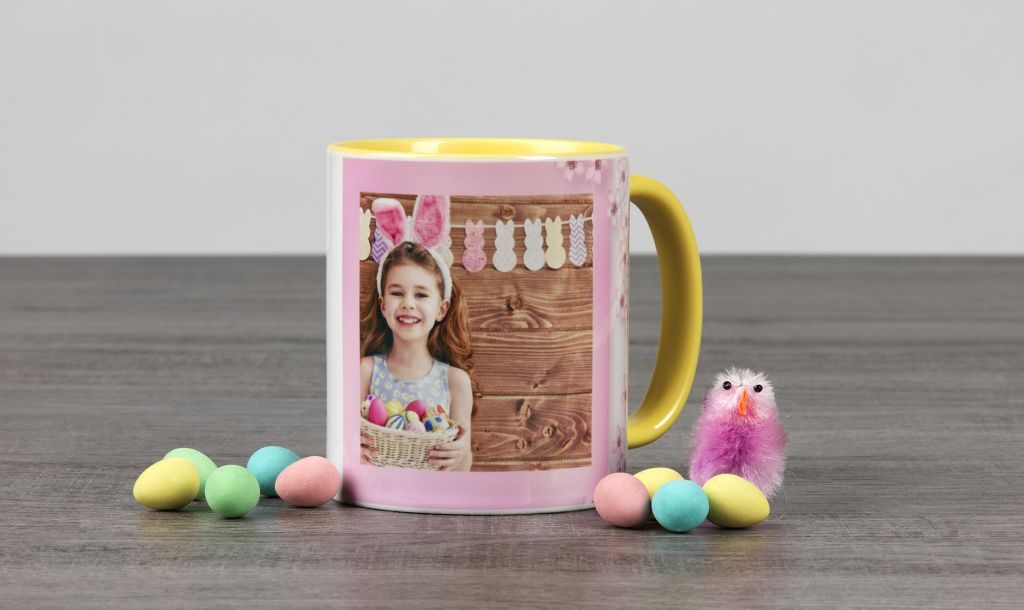 With 47 different customizable Easter mug templates, you’ll have no problem finding the perfect breakfast companion for everyone at the ‘big kids’ table.

Spend some quality time with the tots! Have little ones create their own handprint art, which can be easily digitized so you can add it to an Easter-themed mug design. You can digitize your artwork using an at-home scanner, or visit your local London Drugs Photolab in-store to use our self-serve scanner, or have an LDExpert scan it for you. 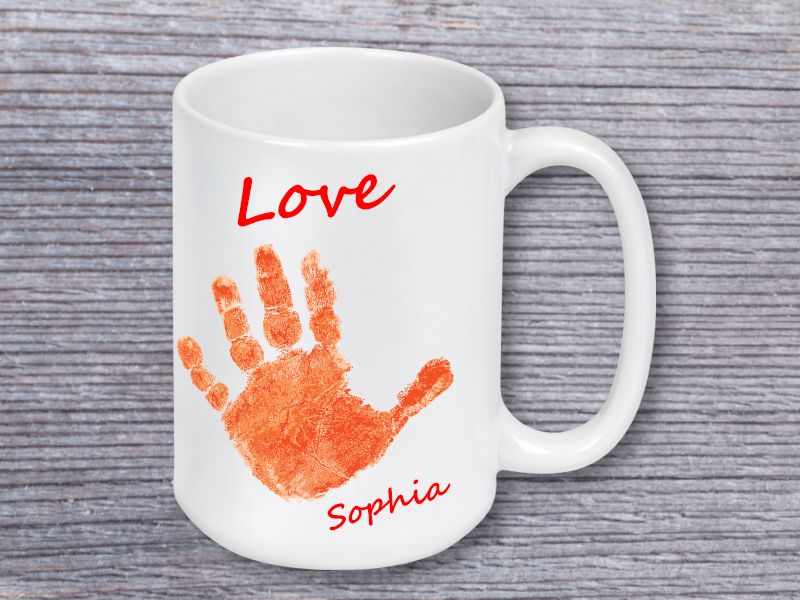 April long weekend is best spent with the family, April 1st – get personal.

For the family unable to make it – or the sentimental aunt, cousin or grandparent – customize an Easter-themed greeting card! Choose your favorite vacation photo, a dance recital snapshot, or the hockey goal candid – tell a story, share some news, or just send a ‘Happy Easter!’ greeting. 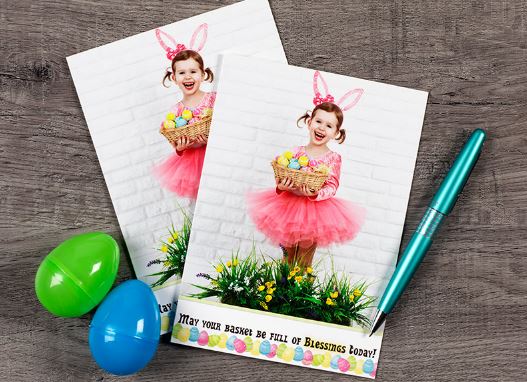 There are over 30 different templates to choose from, and our LDExperts are always available to help you through, step by step, at every London Drugs Photolab.

But what is Easter without eating an entire Lindt bunny before breakfast? We’re all kids at heart – can anyone say no to the kind eyes of the marshmallow Peep, or turn down cracking open that mysterious orange plastic at the center of every Kinder Surprise egg?  So why not fill that personalized mug with Easter goodies, as an added treat!

Comments: Comments Off on On the Hunt for Easter Treats? Egg-citing Gift Ideas for the Entire Family