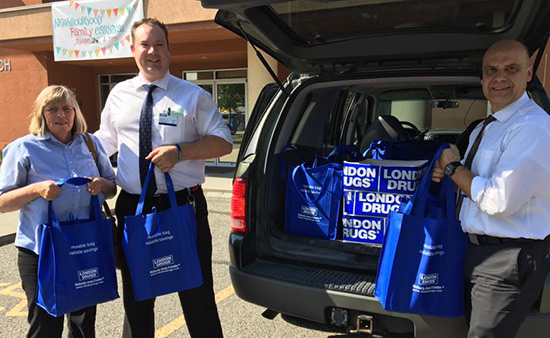 Today London Drugs sent a cheque for $50,000 to the Red Cross BC office in support of BC wildfire evacuees in thanks to donations from London Drugs customers across Western Canada.

The $50,000 in donations collected at the tills is part of London Drugs’ multi-pronged emergency response in helping those impacted by the fires. In addition to the donation directly made to the Red Cross, since July 7, the London Drugs Community Emergency Response team has worked around the clock to mobilize volunteers, supply trucks, emergency care kits, charging stations, pharmacists on demand and on-the-ground support to evacuation centres and community groups primarily in Kamloops, Prince George and Ashcroft, BC. Offers of support continue to go out to all evacuation centres in the province with more than $50,000 in supplies and support London Drugs has so far contributed to relief agencies and the people they are helping.

“We have made it our mandate for the last several years to be there for our communities in times of need and when disasters strike,” said Clint Mahlman, London Drugs executive vice president and chief operating officer. “Immediately collecting for the Red Cross for much needed cash donations is a top priority for support and also, having staff on the ground working with relief agencies to determine how else we can help, is how we help fire evacuees in a direct way. This is really the London Drugs way. We listen to what the needs are of the community and we do our best to support them.”

Since July 7, the London Drugs Emergency Response has involved 120 staff, helping to support in a variety of ways. Here is a glimpse of the support and continued ways we can help evacuation centres and evacuees:

Evacuation centres and relief agencies generally work together with our local store managers to provide health care and comfort support to evacuees. The leader of the London Drugs Emergency Response team is also directly in connection with relief agencies and will continue deploying support as long as the need is there.

Evacuees needing pharmacy support can continue to contact London Drugs’ customer care line: 1-844-782-0051. It’s important to keep in mind amid fire conditions for people to stay hydrated, wear a mask when needed and have all medications up to date. For individuals living in areas with poor air quality, you may want to consider staying indoors when possible, use air purifiers and if asthmatic, keep inhalers handy. Consider use of aero chambers with inhalers to ensure maximum inhalation of doses. The London Drugs pharmacy team in Kamloops and Prince George are available to assist remotely where needed and evacuees are welcome to reach out for help. Individuals do not have to be a current patient of London Drugs to access essential health care services and medications. London Drugs pharmacy contact in Kamloops: 1-250-372-3445. London Drugs pharmacy contact in Prince George: 1-250-561-1118.

“On behalf of all of the staff who have commented on their appreciation of the direct support initiated by the London Drugs Emergency Response team, we wish to send a heartfelt thank you to all of our customers and staff across Western Canada who have been touched by the needs of the thousands of people impacted by the wildfires in BC and for your continued support of the evacuation centres and relief agencies,” said Mahlman. “We will continue collecting and contributing to the Red Cross and continue supporting our communities on the ground with supplies and services for the days to come.”

Comments: Comments Off on Thank you to our staff and customers for their generous support in the BC Wildfires relief efforts

The wildfires currently burning in BC have caused terrible devastation for families and have created a need for help. We’re so proud of our London Drugs’ staff and customers who have risen to the occasion and have come forward with donations and support for those who have been affected.

Here is a recap of what our staff has been able to do to help so far.

July 8
London Drugs activated collection for Canadian Red Cross BC Fires in all 80 stores and online at londondrugs.com and the community responded immediately with donations. Emergency pharmacy services and complimentary Charging Stations were set up for evacuees in both Kamloops and Prince George evacuation centres. A 53′ trailer full of emergency supplies was sent to Kamloops so Community Emergency Comfort (CEC) kits can be created and distributed. Staff from our Kamloops store brought some of these kits as well as toys and activity kits to the MacArthur Island Evacuation Centre. 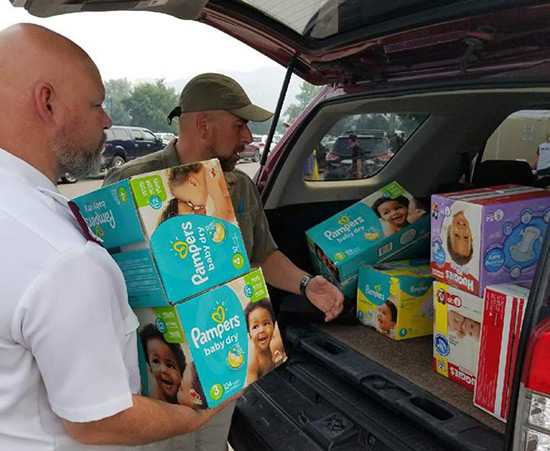 July 9
We were able to distribute 330 CEC kits as well as pet food and baby wipes to the MacArthur Island Evacuation Centre in Kamloops. In Prince George our store staff delivered 150 CEC kits, cases of diapers as well as toy and activity kits to the local evacuation centre. The toy and activity kits include colouring books, crayons, stuffies, matchbox cars, magazines, juice boxes, art paper and board games. These kits have been well received as they provide comfort for the children. 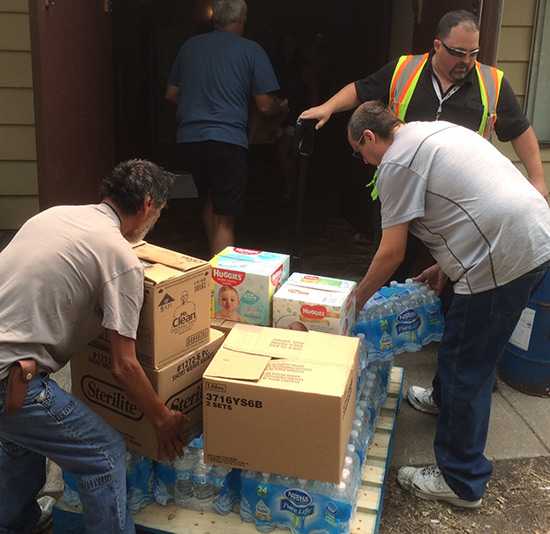 July 10
The Ashcroft First Nations Band expressed a need for support as some homes have been lost so our staff got together and assembled 100 CEC kits which they delivered as well as water, diapers, pet food, hygiene items and Kleenex. Later that night another 130 CEC kits were delivered. In Prince George we received a call that reading glasses and towels were needed at the evacuation centre. Huge thanks to staff who wasted no time delivering these items along with another 40 CEC kits. 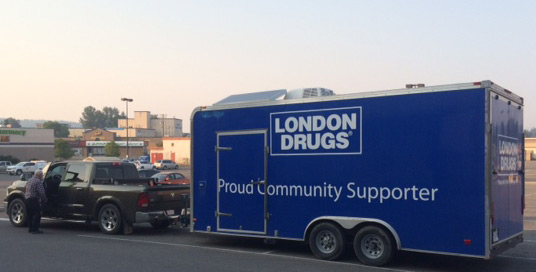 July 11
The London Drugs Emergency Response trailer arrived in Prince George to deliver much needed supplies so more Community Emergency Comfort kits could be assembled. The Ponderosa Seniors Centre in Kamloops opened their doors to displaced seniors and were in need of supplies so our staff delivered 100 CEC kits. 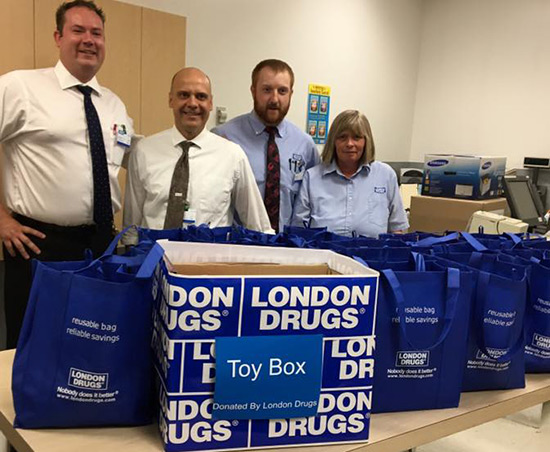 July 12
Our Prince George staff delivered more CEC kits and sunscreen to the local evacuation centre. The Ponderosa Seniors Centre in Kamloops was in need of some dental supplies for the evacuees so our staff rounded them up and delivered them right away. Some toys and an activity box was delivered to the Evacuation Centre to give some much needed distraction for the children. 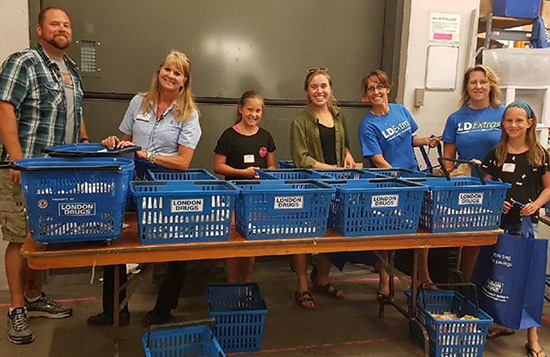 July 13
Staff continues to assemble CEC kits and look for ways to help wherever they can. A toy box and 100 CEC kits were delivered to the MacArthur Island Evacuation Centre today. Seeing how much they are appreciated has been a humbling experience for our staff.

July 14
The fires continue to spread and cause more displacement of people from their homes. A truck was sent out to Princeton today full of water, diapers, paper towels, wipes, snacks, pet food, personal hygiene items, toys and activity kits. 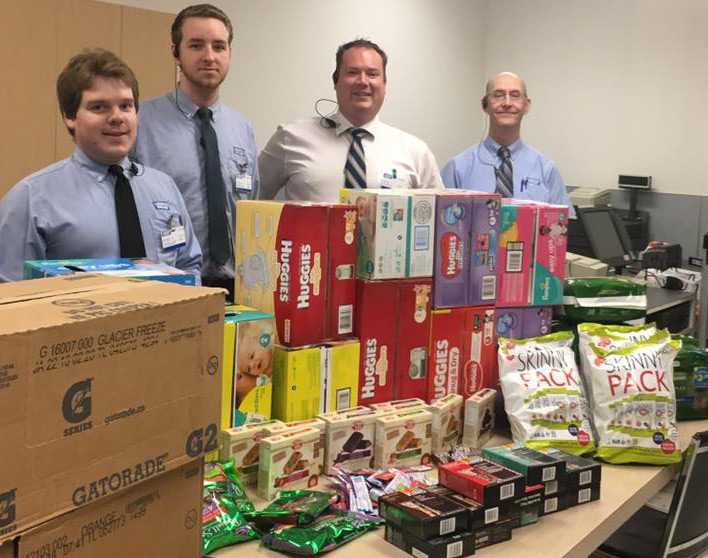 July 15
Today our Kamloops staff went down to the Sandman Centre where evacuees were waiting in line. They handed out water, snack bars and fruit leather to them as they waited. Donations were sent to the Salvation Army in Abbotsford where another evacuation centre has been set up. 200 CEC kits were delivered to the Thompson Nicola Regional District. Donations to the Red Cross continue to come in from our customers. 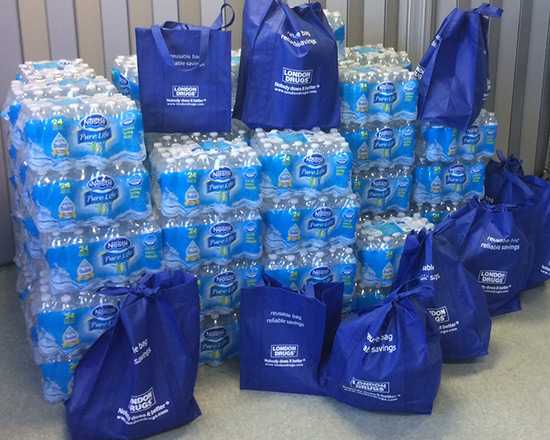 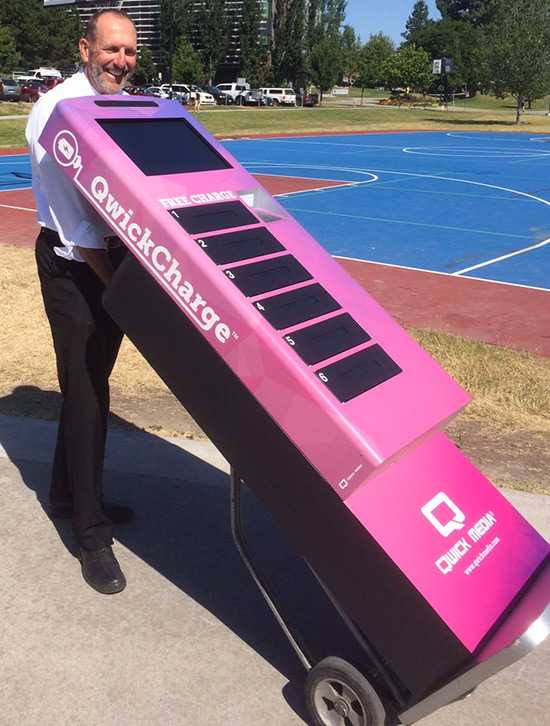 July 18
A cheque was delivered to the Canadian Red Cross in the amount of $50,000. A HUGE thank you to our customers for your generous donations toward BC Fire relief. More CEC kits were delivered to the Sandman Centre in Kamloops.

July 19
Staff continues to deliver CEC kits to the various evacuation centres as well as respond to requests for particular needs. The toy and activity boxes have been a big hit with the families so another was delivered to South Okanagan Events Centre and another in Vernon. 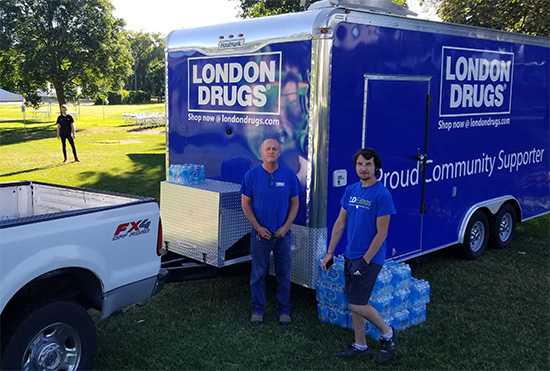 July 23
Staff took our event trailer to the McArthur Island Park pancake breakfast and handed out water to the attendees. We were able to help the BC Horse Council with some cell phones during their efforts to evacuate livestock.

July 31
Our customers continue to amaze us! Another $16,100 has been raised for the Canadian Red Cross. Thank you to everyone for your continued support. 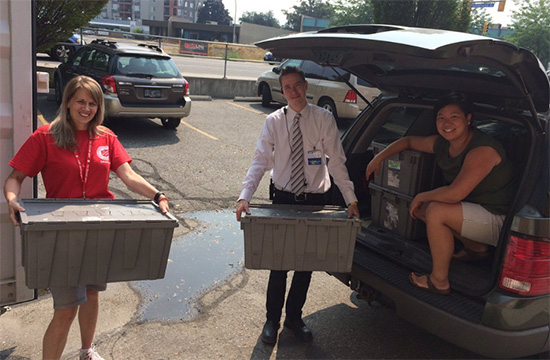 Aug 3
The staff at our Kelowna store put together 100 CEC kits and delivered them to the Salvation Army for those in need. 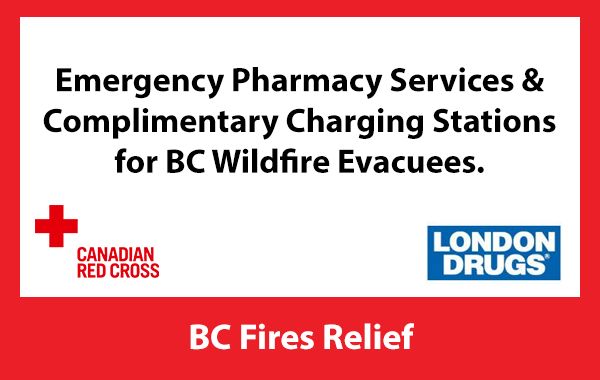 Our thoughts are with everyone dealing with the wildfires in British Columbia. We are currently assembling essential supplies and staff to support evacuees where we can, in and around the wildfire areas. In addition, donations to the Canadian Red Cross can be made by phone at 1.800.418.1111 or at any London Drugs location in BC or Alberts, or by clicking the donate button below.

We also understand that people may have been required to leave their homes without important personal health information, prescriptions, or health aid items and may be requiring temporary emergency pharmacy services.
Please know our pharmacists are here to help in the following ways:

*Please note not all medications can be released early or prescribed. See your pharmacist for details.

You do not have to be a current patient of London Drugs to access essential health care services and medications.

In an effort to help evacuees keep connected to your loved ones, or access important information, all stores in the region are set up with complimentary charging stations. Please feel free to visit any location in these areas to charge your mobile device or computer to keep connected.

To find another location, please visit: www.London Drugs/locations or call us toll free at: 1-844-782-0051 for emergency pharmacist assistance.

Comments: Comments Off on Emergency Pharmacy Services and Complimentary Charging Stations for BC Wildfire Evacuees