#Welcoming150: From Burundi to Saskatchewan

As part of Canada’s 150th anniversary, London Drugs is partnering with agencies across western Canada to help 150 refugee families get on their feet in their new country. The Welcoming 150 program seeks to help by encouraging London Drugs customers to donate items to the families in need. 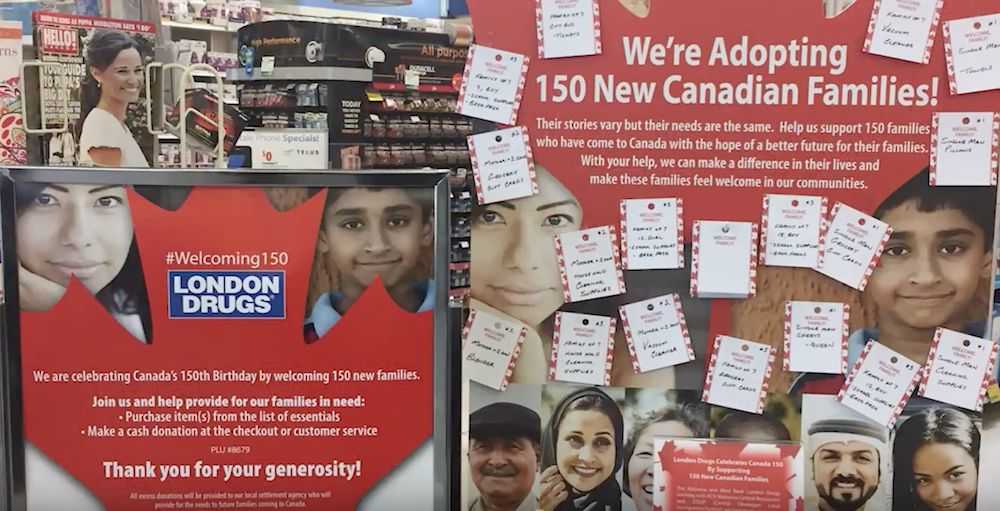 Many of the families arrived in Canada in the last year or so, and are in the process of learning a new language and joining our country’s workforce. This is one of their extraordinary stories.

When Assani’s brother was killed, he knew it was time to try to take his family to safety.

Assani, a farmer and businessman, was living in Burundi, a war-country in East Africa, when he decided to flee across with his wife and three children. The closest border country was Tanzania, but because that country did not welcome refugees, Assani arranged for his family to be taken to Mozambique. There, he and his family lived in a refugee camp which often lacked food and proper medical services. Assani developed serious health problems and his family often went to bed hungry.

Earlier this year, Assani and his family touched down in Saskatoon after seven years in Mozambique. Life here is “amazing,” he says. “Everything is different, it will take a lot of learning, but here, people have a chance. You can work.”

Assani and his family are working to get back on their feet on the prairie plains. Eventually, the grassy plains may be where Assani takes up his trade again as a farmer. For now, however, he’s working on setting his family up for longterm success in their new lodgings.

Assani, his wife Zahara and their children, Mariamu, Ali and Ramazani, are one family of 150 across western Canada that London Drugs is supporting. Individual stores in every province are sponsoring recently landed refugees, encouraging customers to donate items the families need.

How You Can Help 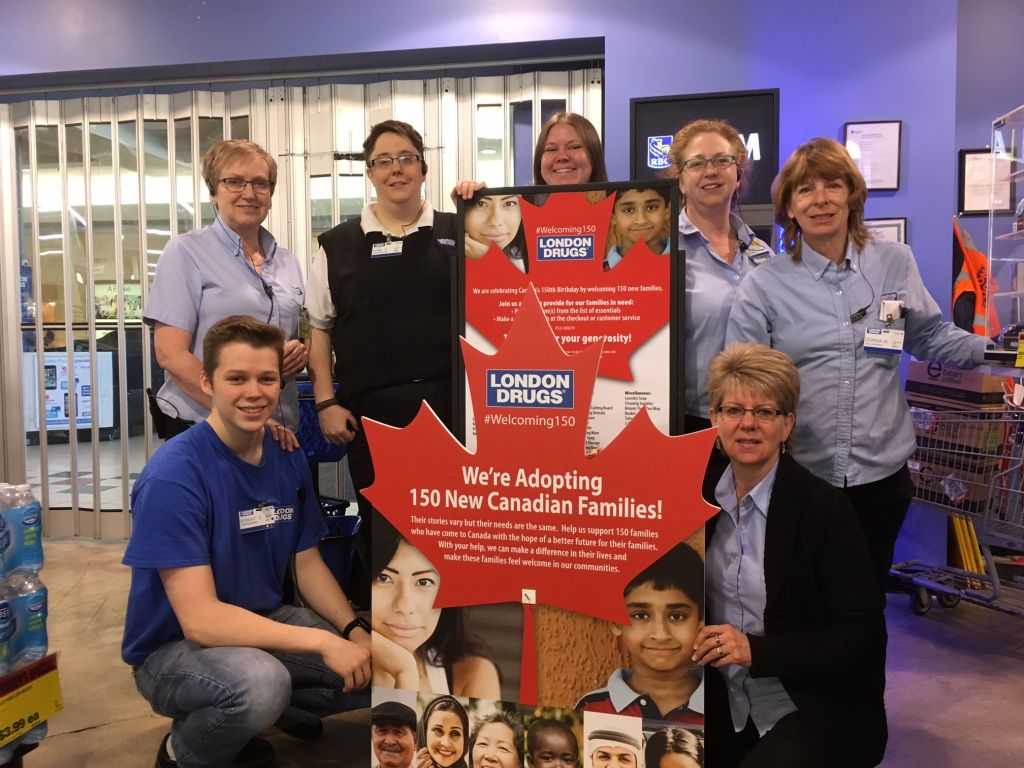 The London Drugs team in St. Albert celebrates the launch of #Welcoming150 by accepting donations to support new local families.

Some of the items that London Drugs is asking customers to purchase for families in need include the basics such as non-perishable food, toothpaste, and soap. Of course, if shoppers wanted to buy toys, books or a soccer ball for Ramazani, Assani’s eight-year-old son, and children like him, that’s encouraged as well. Check out your local London Drugs for details on how you can help one of these families in need.

London Drugs is also partnering with housing centres and refugee organizations, like ISSofBC in British Columbia and Catholic Social Services and Centre of Newcomers in Alberta to make sure that Assani’s family and others like it are able to make a smooth transition into life in Canada. Store locations will feature stories like Assani’s on the walls to show customers exactly where their contributions are going and how profoundly they can help impact a family’s life.

The Road Ahead is Filled With Hope

Though Assani knows that he and his family have a tough road ahead in learning a new language and becoming integrated into Canada’s culture and the community in Saskatoon, they are hopeful.

Assani has two personal goals that he hopes to accomplish in his new home as well. First, he hopes that the healthcare system we pride ourselves on will help him regain his own health so that he’s able to join the workforce. Second, with the resources available in Canada, he will try to track down some of his family members that he has lost. He has not had contact with anyone from Burundi since he left all those years ago.

“You can build a future,” says Assani, no doubt reflecting on his past.

One thought on “#Welcoming150: From Burundi to Saskatchewan”

Previous Post: Fun Things to Do with Dad on Father’s Day