6 Movies For When you Just Need a Break 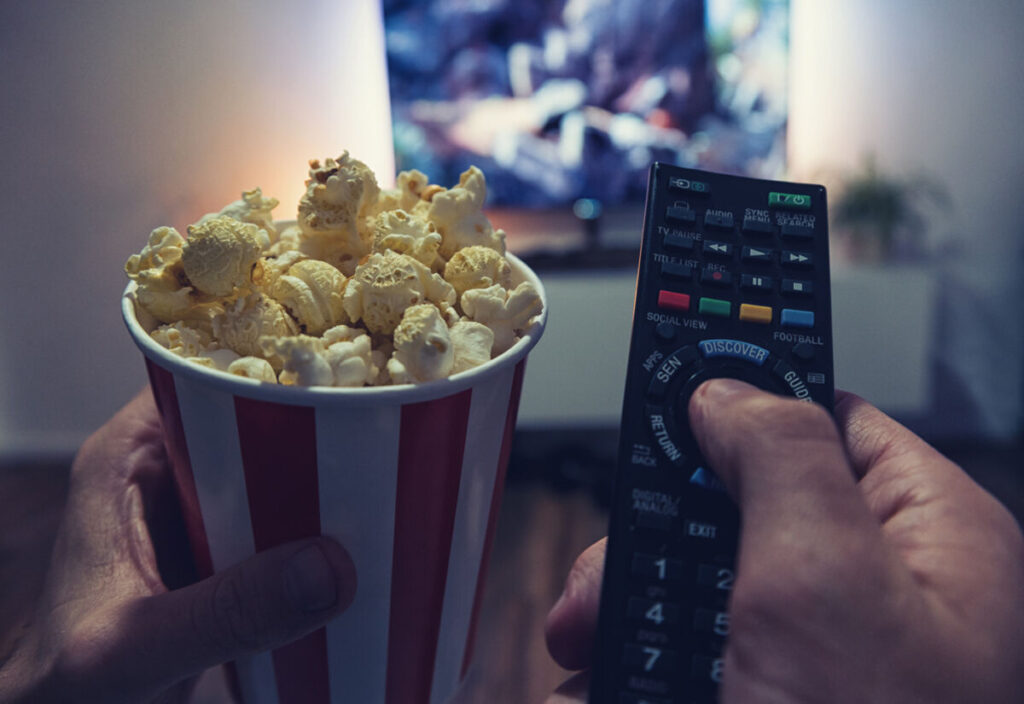 Babe and Babe: Pig In The City 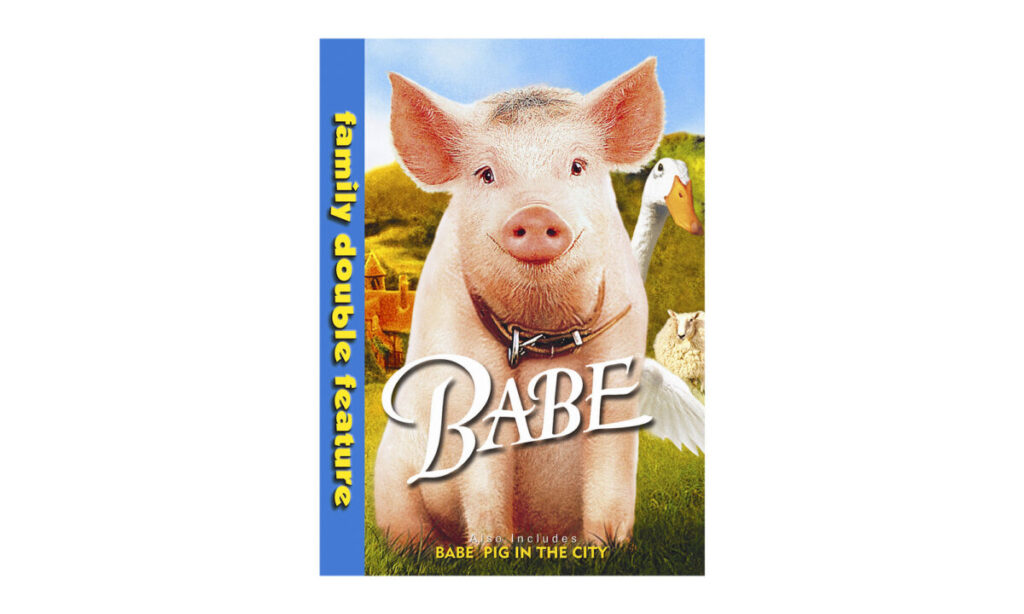 Babe, everyone’s favourite sheep-herding pig will delight the family in this 2 movie combo. In the original film, Babe learns he’s cut out for herding, against his owners wish. The sequel takes babe and a gaggle of animal friends to the big city to help save Arthur Hoggett’s farm. With plenty of light hearted laughs, and adorable characters, these movies are family fun for parents and kids alike. 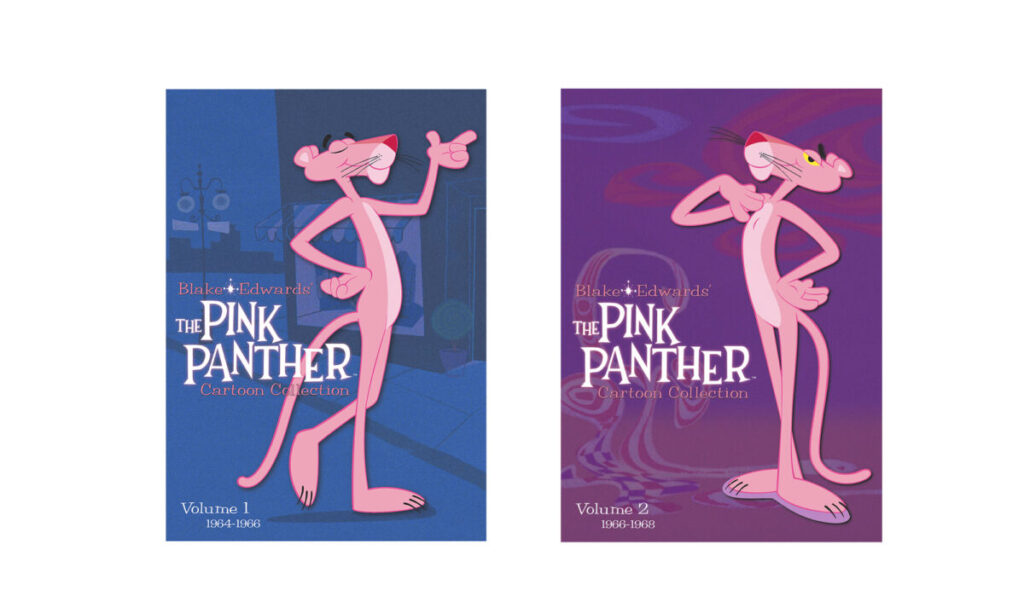 The Pink Panther is paws down the world’s grooviest cartoon star. In 1964, this pink-inked feline slinked onto the opening credits of Blake Edwards’ caper film by the same name and threatened to steal the entire show. This digitally remastered Pink Panther cartoon collection is the perfect companion for everything from a few minutes to a few hours of laugh inducing entertainment. 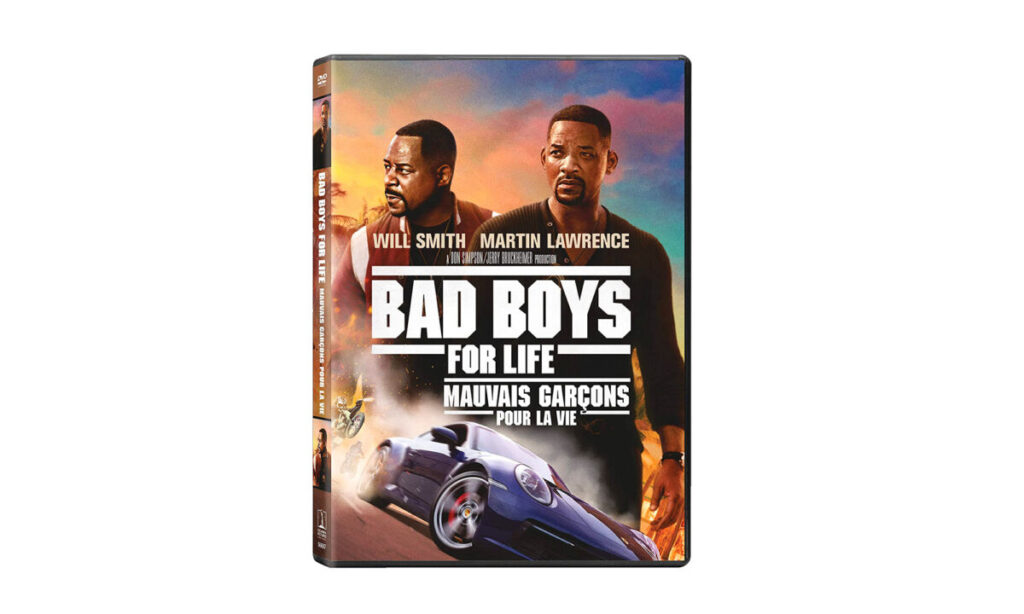 Action packed, and full of laughs, the Bad Boys Mike Lowrey and Marcus Burnett come back together for one last ride in the highly anticipated Bad Boys for Life. A great last hurray for this mid 90’s hit franchise, sure to help you escape reality for 2 hours and 4 minutes.

The Land Before Time 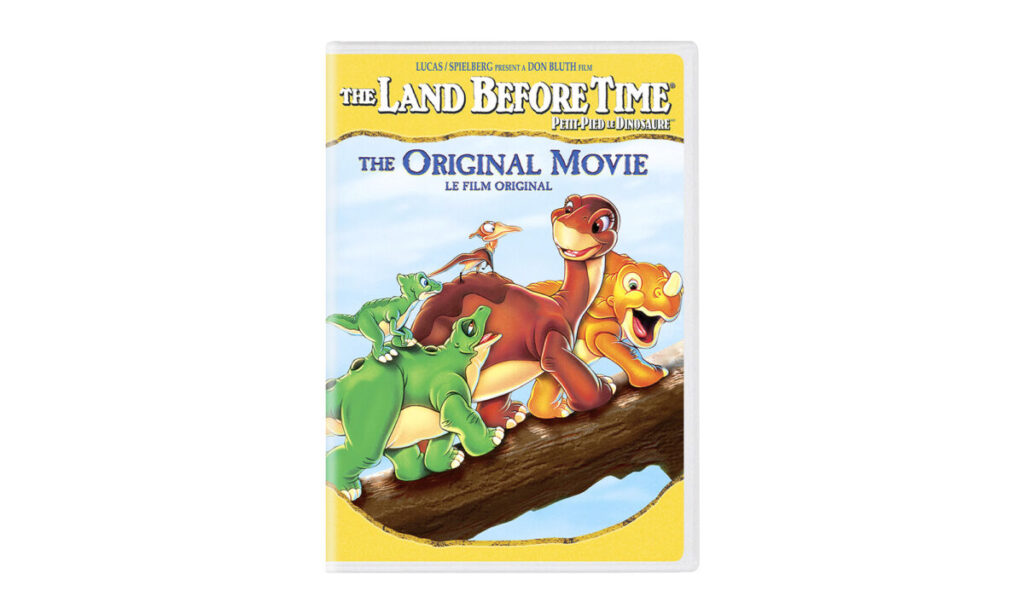 This is another great adventure for the whole family. For some this will remind them of their childhood, for others it might be a whole new discovery. Voyage back in time with Littlefoot, Cera, Spike, Ducky and Petrie – a group of very different young dinosaurs who find themselves thrown together when the world around them quickly changes. With one common dream of making it to the lush, legendary Great Valley, they quickly learn that they’ll need to overcome differences and trust each other in order to survive. 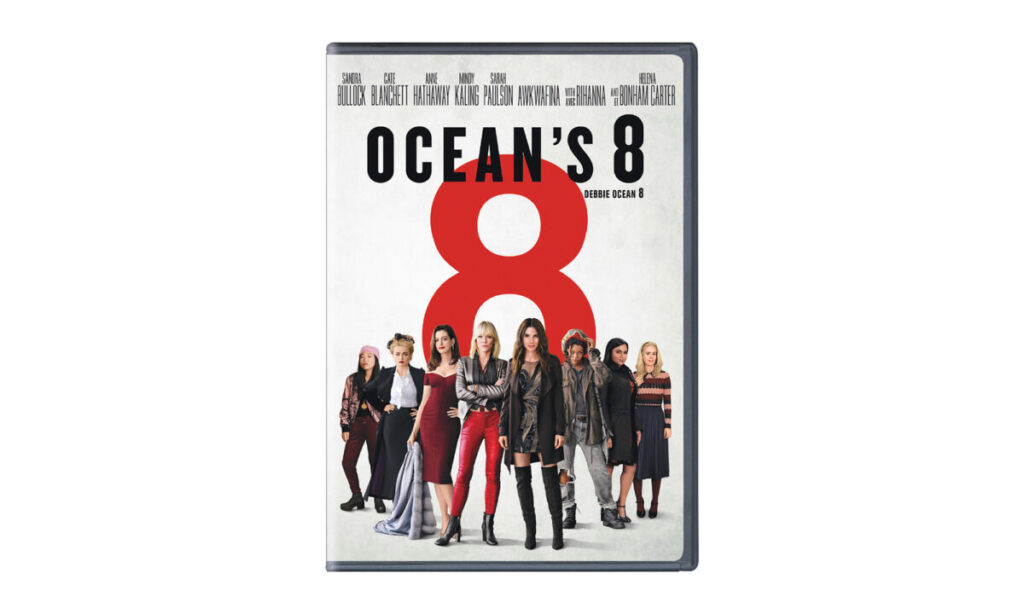 The latest addition to the Oceans series has Debbie Ocean planning an elaborate heist at the biggest event of the year, the Met Gala. The target, 150 million dollar diamond necklace that’s around the neck of world-famous actress Daphne Kluger who will be center stage at the event. Laugh along as her and the team of specialists she’s recruited, as they try to do the impossible. 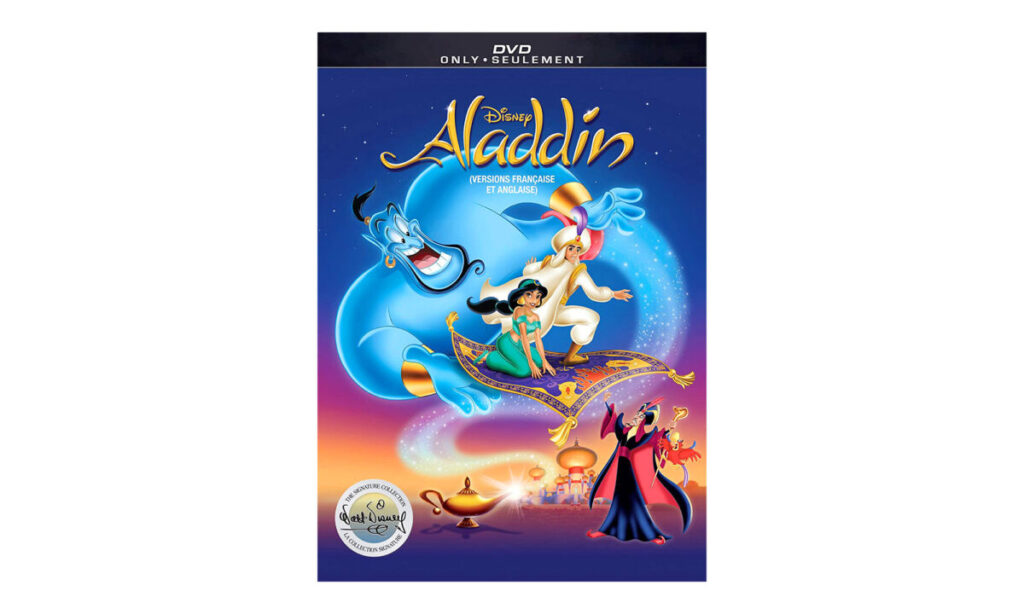 Soar away to “a whole new world” in Disney’s animated masterpiece Aladdin. Join the charming street rat Aladdin, the determined Princess Jasmine and the hilarious Genie (voiced by the unforgettable Robin Williams) on a wondrous journey filled with action, laughter and Academy Award-winning music.

We hope whatever your movie taste, we’ve inspired some fun ways to escape for a bit and unwind in the realm of cinema. Remember we have everything you need for your home theater, and a wide selection of Blu-Ray and DVD’s.

Comments: Comments Off on 6 Movies For When you Just Need a Break

For parents, the list of holiday preparations is brutally long—from shopping and baking to tree-trimming and hall-decking. Phew! By the time we’re done, many of us are longing to don the PJs and curl up with the kids in the TV’s warm glow—to laugh, or even shed a sentimental tear. Here are seven of the best holiday movies, old and new, that never fail to bring the jolly. Sit back and pass the popcorn! 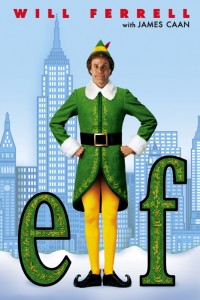 A modern classic, Elf is pure goofy fun. It features six-foot-three comic weapon Will Ferrell donning yellow tights and a pointy chapeau to play Buddy the elf. Buddy, as a wee babe, escapes from his orphanage crib, crawling into Santa’s sack—only to find himself at the North Pole, where he grows up believing himself (despite his size) to be an elf.

Farrell’s brilliant physical comedy is squared off against straight man James Caan, who plays his long-lost dad. Elf is warm-hearted, laugh-out-loud funny for kids and adults alike. By film’s end, we bet you’ll catch yourself humming along to a carol or two.

How the Grinch Stole Christmas (1966) 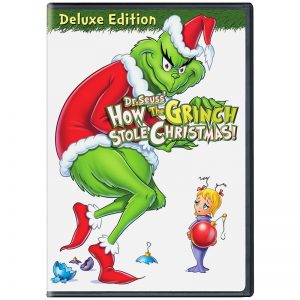 What list could be complete without the Grinch? We will forever recommend the original version, and not only for the song by Thurl Ravenscroft. The animated version—based on the 1956 book by Dr. Seuss and narrated by the legendary Boris Karloff—takes just 26 minutes to tell the story of a very grumpy green man who learns to love instead of hate. The 2000 remake, starring Jim Carrey in the title role, is good, but not quite as kid-friendly as the original. 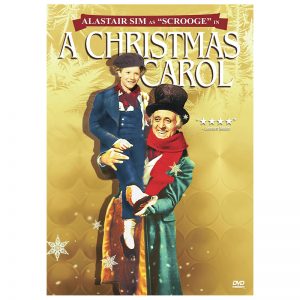 Some will disagree, but for us, only the Alistair Sim version of this classic will do. Sim plays miserly businessman Ebenezer Scrooge, whose heart—like the Grinch’s—is several sizes too small.

Proof: He overworks and underpays his clerk, Bob Cratchett, paying no mind to the spiralling health of Cratchett’s son, Tiny Tim. The film’s moral lesson arrives with some supernatural help. Scrooge is visited, on Christmas Eve, by a series of ghosts who scare him silly and give him one last chance to change his life—and he takes it. God bless us, every one. 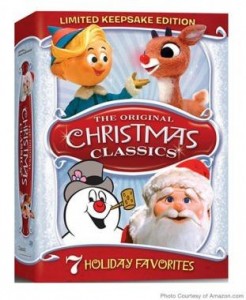 This is a fantastic collection for grounding kids in traditional Christmas lore while allowing grownups a nostalgic backward glance. It includes Rudolph the Red-Nosed Reindeer, Santa Claus Is Comin’ to Town, Frosty the Snowman, and Frosty Returns. The story of Frosty, of course, is the one that brings a friendly snowman to life with that old silk hat. It’s a delight, too, to hear Jimmy Durante’s distinctive 1969 narration.

Rudolph, with Burl Ives as the narrator/snowman, is a holiday staple, showing that with a bit of luck and the help of friends—like Hermey the aspiring dentist, rip-roaring Yukon Cornelius, and of course, Bumble—outsiders can find their way.

Santa Claus is Coming to Town is a kind of Christmas 101 for kids, explaining where Santa got his name, why he lives at the North Pole, and the finer points of gift-giving and reindeer flight—all while reminding us that Santa will never give up on us, no matter what. We need these reminders occasionally.

The Nightmare Before Christmas (1993) 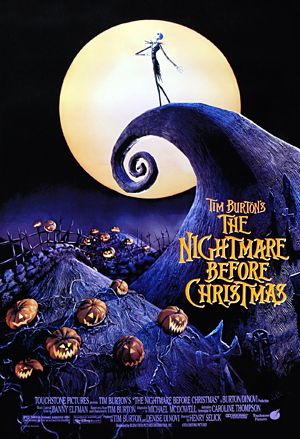 This Tim Burton-directed film may not (yet) make the list of Christmas classics, but it’s a worthy picture with charm to spare. Burton’s peculiar style is likely to delight kids who appreciate the unusual—those, say, who prefer Halloween spookiness to Christmas sweetness.

Join Pumpkin King Jack Skellington as he tries to ‘share the joy of Christmas’—infused with perhaps a dollop too much oddity. The Nightmare Before Christmas may look scary, but it’s not. It’s suspenseful, imaginative, visually sumptuous, and warm-hearted. 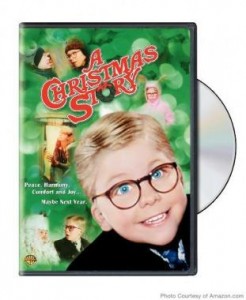 While too sophisticated for toddlers, A Christmas Story will appeal to younger and older kids—with plenty of amusing moments for Mom and Dad. It’s Christmas in the 1940s, and nine-year-old Ralphie is pining for an official Daisy Red Ryder 200-shot Carbine Action BB Gun for Christmas. (That’s right, the one with the compass in the stock.)

But Ralphie’s mother dashes his dreams: the rifle is a no-go. “You’ll shoot your eye out” becomes a family refrain, leaving Ralphie despondent and struggling to make sense of Christmas, his more than slightly askew family, and life in general.

Ralphie, played by Peter Billingsley (who appears briefly in Elf), carries the film with cheer, persistence and vivid imagination, giving us a window onto what Roger Ebert called the “small but perfect moments” of a child’s life.

This classic is forever listed as a holiday favourite, owing chiefly to the likable and heartfelt performance of Jimmy Stewart. He plays George Bailey, an ambitious young man who defers his dream of leaving Bedford Falls in favour of doing the right thing—again and again.

When Bailey doubts himself, he receives encouragement from an angel in training, a good turn he later reciprocates. It’s a Wonderful Life is sweet, never saccharine, and argues strongly that, ultimately, kindness and goodness matter most.

Did we miss any? What’s your favourite Christmas movie? Tell us in the comments!