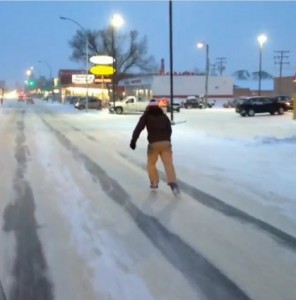 Oh, Canada. We’re world-renowned for our winter, with iconic images of igloos, polar bears and parkas superimposed all over our national mythology. It’s a well-deserved reputation. Our winter is no joke. Here are some facts about our brutal winter that will amaze you – and make you proud to be a member of the toughest winter nation on Earth.

The coldest temperature ever recorded in Canada was logged on February 3, 1947 in the Yukon village of Snag. The mercury hit -63 degrees Celsius, which is a similar temperature to the surface of Mars. The title of coldest city in Canada is jointly held by Regina and Saskatoon, both of which have registered -50 degree Celsius days. 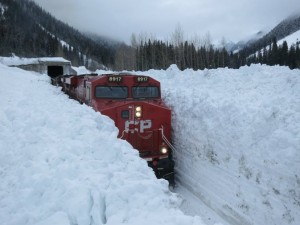 On February 11, 1999, Tahsta Lake, BC had the biggest one-day snowfall in Canadian history: 145 cm of the white stuff came down in a single day. Compare that to Revelstoke, BC, which received 2446.5 cm of snow in 1971 (that’s 80 feet of wintry goodness right there). On average, Saguenay, QC is Canada’s snowiest city, averaging 342 cm of snow annually.

A well-known Canadian proverb states that if you don’t like the weather, you should wait fifteen minutes, because it’ll change. Pincher Creek, AB is proof of that going from -19 degrees Celsius to a summery 22 degrees in a single hour. Definitely a bit of a change.

Winter is all about attitude. From Quebec City’s famous Carnaval to Edmonton’s Ice on Whyte, Canadians see the winter as a season to enjoy. In Montreal, a giant igloo is erected on the banks of the St. Lawrence and transforms into an all-night party and dance festival. Just wear two pairs of socks (and maybe some long johns).

How do you know it’s real winter? When you can do this.

Comments: Comments Off on Facts About the Canadian Winter That Will Make You Proud to Be Canadian