December Book of the Month: I’ll Be Gone in the Dark 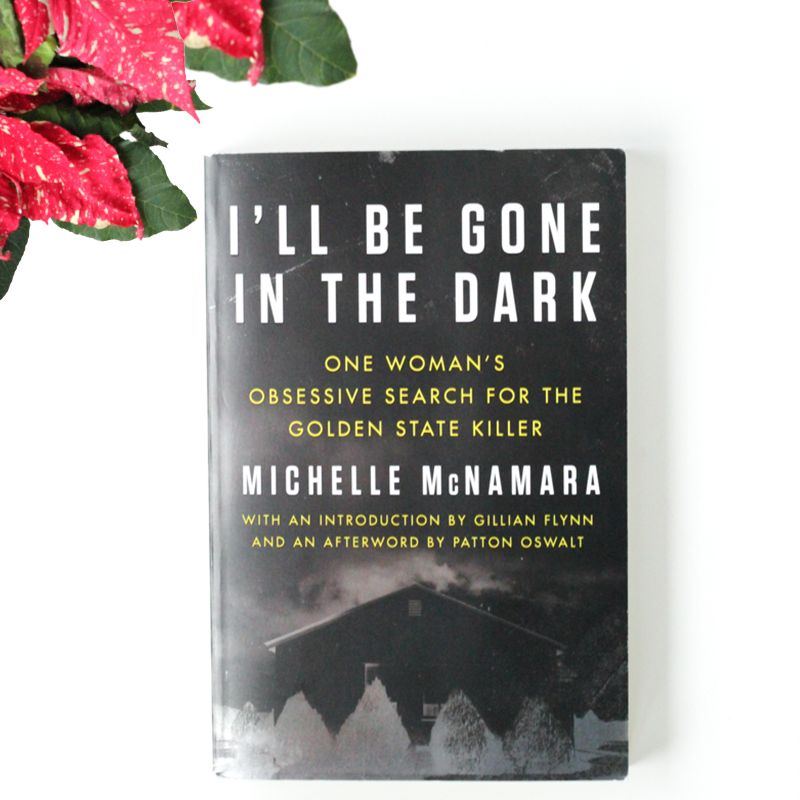 I’ll Be Gone in the Dark by Michelle McNamara

At the time of publishing in early 2018, the Golden State Killer had not yet been caught, despite an almost 40-year search by investigators who interviewed more than 8,000 suspects, and despite the efforts of researchers like McNamara, who dedicated 10 years of her life to finding the man behind the mask: the man who eluded police and held an entire state a hostage to fear for more than a decade. 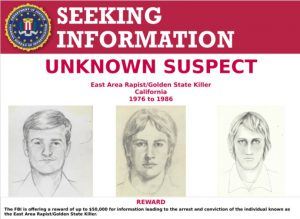 The wanted poster for the man known as the East Area Rapist/Golden State Killer. Credit: FBI.

Sadly, McNamara passed away unexpectedly at the age of 46 in April 2016, two years before police apprehended Joseph DeAngelo, the alleged Golden State Killer, perpetrator of 50 rapes and at least 13 murders. DeAngelo will face trial later this year, a fact that McNamara would surely have celebrated with her colleagues and investigators.

In fact, after reading her book, which is part memoir, it’s hard to say what was more fascinating, her account of the Golden State Killer’s movements or her frank honesty about her own obsession with true crime.

McNamara’s descent into the often dark underworld of unsolved crimes began when she was a young girl growing up in Illinois. A 24-year-old woman was murdered in her neighbourhood of Oak Park. The case was never solved, and so began McNamara’s relentless mission to unmask and name the perpetrators of horrific, unsolved crimes.

McNamara, wife of actor Patton Oswalt and mother to their young daughter, Alice, sacrificed much of her personal life as she travelled all over the country, lost many nights of sleep and missed special events, all in the name of justice. She is clearly well respected by the investigators she befriended and worked with while researching her book. In fact, upon her death, the book wasn’t yet complete and it was her lead researcher and one of her colleagues who pored over her 3,500 files and pages of notes and completed her work.

And her work is remarkable. McNamara outlines, with painstaking detail, the experiences of the Golden State Killer’s victims. It’s admittedly a tough read at times as she delves into the depraved mind of the man known then as the East Area Rapist (EAR) and Original Night Stalker (ONS). She also interviewed many of the investigators who worked the case over the years, and she explores the toll it took on their own lives as the EAR-ONS eluded capture time and time again.

In the Epilogue of I’ll be Gone in the Dark, McNamara writes a letter to her imagined Golden State Killer, titled, Letter to an Old Man. One paragraph that stands out reads as follows:

“The race is yours to win. You’re home free; you can feel it. The victims recede from view. Their rhythm is off, their confidence drained. They’re laden with phobias and made tentative by memory. Divorce and drugs beset them. Statute of limitations expire. Evidence kits are tossed for lack of room. What happened to them is buried, bright and unmoving, a coin at the bottom of a pool. They do their best to carry on. So do you.”

McNamara’s skilled writing and her deep understanding of both the perpetrator and his victims is what makes this book so compelling and a must-read for true crime fans.

Book of the Month

Every month we will be featuring a book to be showcased in our Book of the Month. Staff members and friends will be reading the book and posting their reviews. We’d love to hear what you thought of these books as well. Post your comments and let us know. I’ll Be Gone in the Dark is available at London Drugs along with many other great titles and is on sale for the month of December.

Comments: Comments Off on December Book of the Month: I’ll Be Gone in the Dark

Next Post: 2018 Holiday Gift Guide: Stocking Stuffers that Are Fun, Festive, and Functional