April Book of the Month 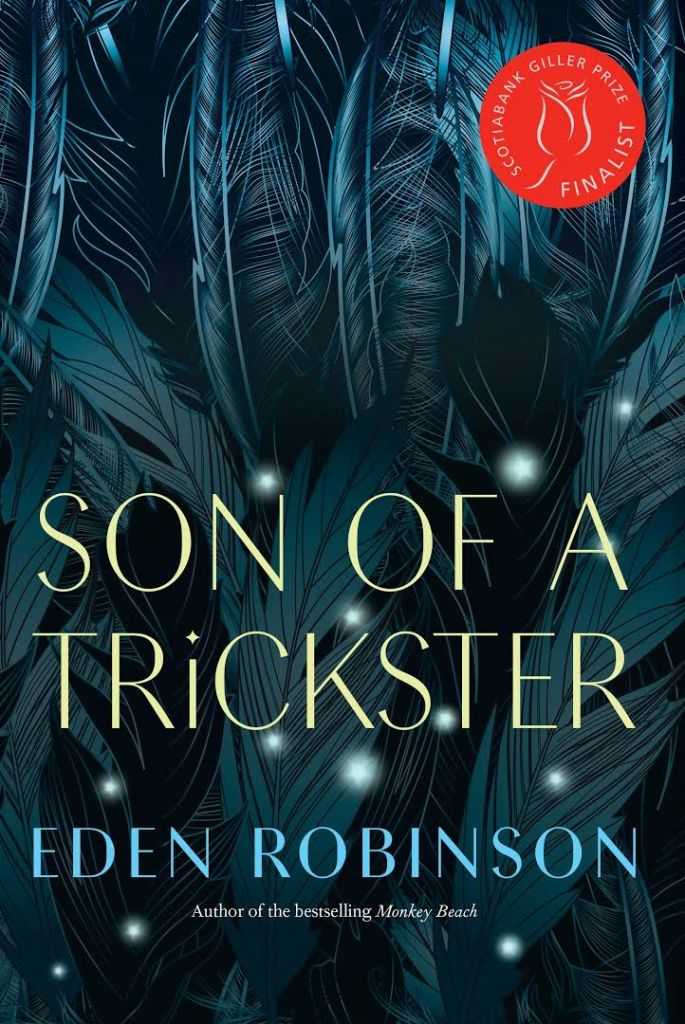 Son of a Trickster by Eden Robinson
Everyone knows a guy like Jared: the sixteen-year-old burnout in high school who sells weed cookies and has a scary mom who’s often wasted and wielding some kind of weapon. Jared smokes and drinks too much, and his mom is a mess, and he can’t rely on anyone for consistent love and support, except for his flatulent pit bull, Baby Killer, but now she’s dead.
He’s also a kid with an immense capacity for compassion and an impulse to watch over people more than twice his age, and he tries his best to stabilize his family and keep everything afloat.
But it’s weird the way he sometimes blacks out. And he puzzles over why his maternal grandmother has never liked him, why she says he’s the son of a trickster, that he isn’t human. Also, ravens have begun to speak to him – even when he’s not stoned.
You think you know Jared, but you don’t.

Book of the Month
Every month we will be featuring a new book to be showcased in our Book of the Month. Staff members and friends will be reading the book and posting their reviews. We’d love to hear what you thought of these books as well. Post your comments and let us know. Son of a Trickster is available at London Drugs along with many other great titles and is on sale for the month of April.

Comments: Comments Off on April Book of the Month

Next Post: 8 Easy Ways You Can Celebrate Earth Month