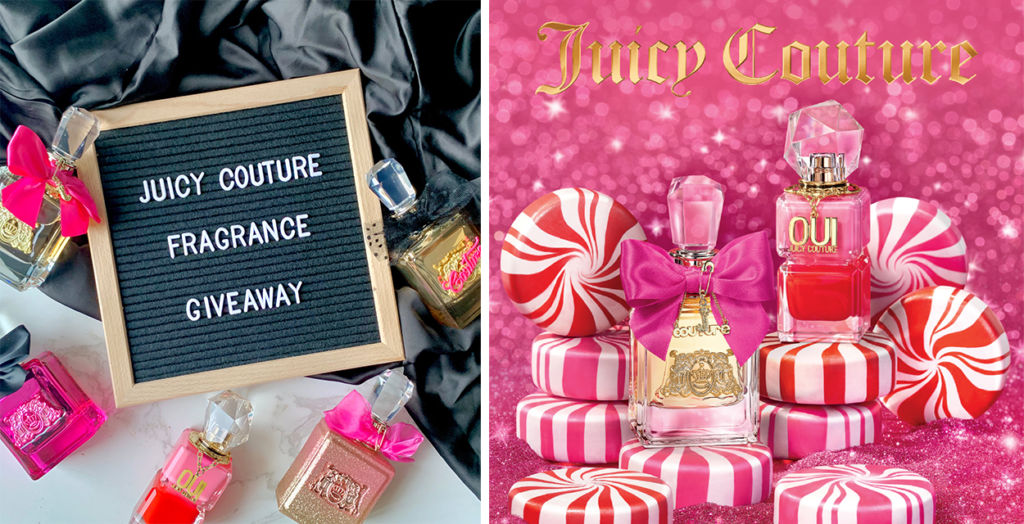 2) No purchase necessary. Limit one (1) entry per social network per contest. Limit one (1) prize may be won per household. Entries must be received no later than 11:59 pm Pacific Time on [November 17, 2019]. London Drugs is not responsible for entries that become lost or misdirected.

3) Contest is open to all residents of British Columbia, Alberta, Saskatchewan, and Manitoba who, as of the date the prize draw is made: (i) have not won a London Drugs contest since[November 17, 2018]; (ii) have reached the age of majority in the province in which they reside as at [November 15, 2019](iii) are not employees of London Drugs, their respective advertising and promotional agencies, the independent judging organization (if any), or any family member living with any such employee.

5) There will be 3 (three) prize pack(s) awarded to 3 (three) winners: each receiving a Juicy Couture Fragrance Prize Pack valued at $567. Prize(s) must be accepted as awarded, are non-transferable and no substitutions are permitted. London Drugs reserves the right to substitute a prize of equal or greater value should any prize become unavailable for any reason. Prize will be awarded at the closest London Drugs location to the winner.