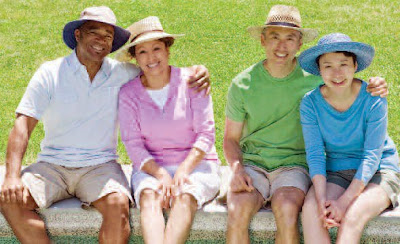 The Heart-Brain Link
People who have moderately high cholesterol levels while in their early to mid-40s are more likely to develop Alzheimer’s disease and other dementias later in life.

The study also revealed that controlling other heart disease risk factors such as blood pressure, blood sugar, and weight in midlife can protect the brain in later years.

Drugs Cut Risk
One category of medications used to treat high blood pressure may be able to reduce the risk of dementia. Another team of scientists in the U.S. studied the health records of over 800,000 people, mostly men over the age of 65. The people in the study who controlled their blood pressure with a type of medication called an angiotensin receptor blocker (ARB) had a 19% to 24% lower risk of developing dementia than people taking other blood pressure medicines.

The researchers aren’t sure why ARBs might be so beneficial, but they think the medications may help reduce nerve cell damage that results from a stroke or blood vessel damage.

The one clear message from the research is that the brain and
the heart are more closely linked than many people realize.

Would you like to live an extra ten years? A recent study shows that you might be able to add a decade or more to your life by controlling your blood pressure and cholesterol levels and not smoking.

Researchers in the U.K. followed more than 19,000 middle-aged men for 40 years to see how different factors affected longevity. When the study started, 42% of the men were smokers, 39% had high blood pressure, and about half had high cholesterol. When the men were interviewed 30 years later, two-thirds of the surviving men had quit smoking, and many had improved their blood pressure and cholesterol levels.

The middle-aged smokers in the study who also had high blood pressure and high cholesterol levels were three times as likely to die from causes related to diseases of the heart and blood vessels (cardiovascular diseases) as nonsmokers with normal blood pressure and cholesterol levels. The presence of all three of these risk factors (smoking, high blood pressure, and high cholesterol) reduced life expectancy by as much as 10 to 15 years. While there were no women in the study group, the researchers believe that the impact of these risk factors on life expectancy in women is probably similar to what it is in men.

The study results reinforce the message that it’s never too late to make healthy lifestyle changes that can add years to your life.