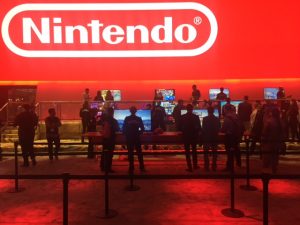 The final day of E3 2018 dawned, and the industry once again gathered together to celebrate the world of gaming. We had already seen two jam-packed days of games, but even with those stuffed schedules, Day 3 promised to feature some huge titles from the biggest names in video games. As we said our goodbyes to E3 2018, we made sure the event went out with a bang…or a Smash, if you prefer.

We started by taking a visit to Sony and getting our hands on two of PlayStation’s biggest upcoming exclusives. First was Spider-Man, and the 15-minute demo allowed to us to swing across New York City as if it were our own private playground. Peter Parker’s web-slinging is exhilarating, the bustling city serving as a gorgeous backdrop for Spidey’s adventures. The combat flows freely as well, with Spider-Man switching between enemies with ease. Spider-Man will be one of the biggest hits of the year when it launches on September 7, so do not wait to get your hands on it. 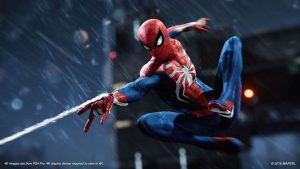 A little further out on Sony’s schedule is Days Gone, and this one is a brutal hellscape set in the backdrop of lush Oregon forests. A pandemic sees humans mutated into horrific creatures known as Freakers, who will attack survivors at the slightest sound. The E3 demo was split into two parts: a story mission highlighting stealth, and a Horde mission pitting me against 500 of the Freakers. The story mission shows just how intense the world can be—particularly the scene where a survivor is captured by a demented group called The Rippers—but the Horde mission is what really sold us. Being able to strategically set up explosives and a plan of attack before engaging the horde felt great, and I can only imagine how many other hordes will be thrown our way when Days Gone hits the PlayStation 4 on February 22, 2019.

After Sony we visited a pair of smaller publishers, each one showing off a game worth keeping an eye on. First was Rebellion Entertainment and Strange Brigade, a four-player co-op shooter set in a 1930s-era monster B-movie. The game is a fun romp with three friends, the goofy setting making sure the game doesn’t take itself too seriously, and the missions are filled with tough challenges and big-time rewards. Strange Brigade may be flying under some radars, but we bet the game will win a lot of people over when it hits on August 28.

Next we visited 505 Games to see Control, the brand new game from Alan Wake and Quantum Break developer Remedy Entertainment. Control combines the best elements of both of those games: Alan Wake’s flair for the supernatural and Quantum Break’s tight shooting, and delivers an epic tale of a woman trapped in a terrible situation. This is the type of game that will challenge the mind just as much as the reflexes, and we can’t wait to see more about it leading up to its release in 2019. 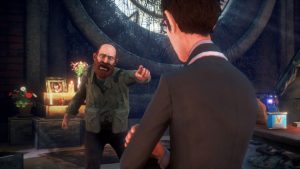 After our Control appointment we spent an hour traveling the world of Compulsion Games’ We Happy Few. This is a world where the powers that be shield its citizens from its horrors, requiring everyone to take a world-changing medicine called Joy. When the effects of Joy wear off, and a citizen can see the dystopian world for what it is, they are forcibly kicked out of society and forced to survive in the wild. One particular citizen tries to unveil the truth to the public, and that’s where we come in. This is a game that will take us to some really unique places, but the story it tells will be worth every single second of discomfort we may feel in the process. Make sure you make room in your gaming schedule for We Happy Few when it launches on August 10, because once you press start it will be awfully difficult to stop playing.

Our second-to-last appointment of the day was a visit to Deep Silver and 4A Games to venture into the harsh world of Metro: Exodus. This new Metro game eschews the tight dark tunnels of its predecessors for a harsh and dangerous open world on the war-torn surface of Russia. Our demo took us to a cult-like church that doesn’t take kindly to strangers, a tower of bandits brandishing some heavy firepower, and a lake swimming with mutated monsters that we had to traverse with nothing but a small paddle boat. Danger lurks around every corner in Metro: Exodus, and we’ll be able to face it head-on when the game hits our shelves on February 22.

The final stop on our whirlwind tour of E3 2018 was Nintendo, which for some of us meant saving the best for last. The company that brought us Super Mario, The Legend of Zelda, and Metroid packed a major one-two punch at this year’s show with a pair of games for the Nintendo Switch that we suspect will be big hits this holiday season.

The first was Pokemon Let’s Go: Pikachu and Eevee, the first core Pokemon experience to appear on a Nintendo home console. A remake of 1998’s Pokemon Yellow, Let’s Go combines the simple mechanics of the mobile smash hit Pokemon Go with a grand adventure fans have enjoyed since the days of the Game Boy. The game can also come bundled with a brand new accessory called the Poke Ball Plus, a small Poke Ball controller specifically made for Pokemon Let’s Go. We used the Poke Ball Plus to play the game just as a normal controller would, and it felt comfortable and natural in our hands as we caught a few Pokemon, battled some Trainers, and explored the world. Despite being a remake, Pokemon Let’s Go will be a landmark entry in the franchise, and Trainers around the world better be ready to catch ‘em all on November 19. 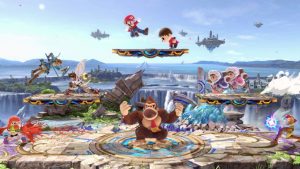 The final game of E3 2018 was Super Smash Bros Ultimate, the largest Super Smash Bros game Nintendo has ever made. Every character from previous Smash games will be playable in this new game, as well as new faces like the Inkling from Splatoon and the space pirate Ridley from Metroid. Up to eight players can face off in a match, which can lead to absolute pandemonium and a ton of fun. Each stage hails from one chapter in Nintendo’s storied history, from classic games like Super Mario Bros 2 to new favorites like The Legend of Zelda: Breath of the Wild. Super Smash Bros has evolved from a fighting free-for-all to celebration of all things Nintendo, and this new game will be the Ultimate version of that party when it launches for Nintendo Switch on December 7.

With that smashing display, the 2018 Electronic Entertainment Expo came to an end. Gamers now know what to expect in the coming year from all of their favorite publishers, and it’s safe to say that no matter what genre of game you like, there will be something you will love. Be sure to check with London Drugs for the latest information on these games, including pre-order dates so you can guarantee you will be first to enjoy all of these much-anticipated games.

Comments: Comments Off on E3 2018 Adventures in Gaming: Day 3