The opening of the convention halls for the annual Electronic Entertainment Expo is always a momentous occasion for the gaming faithful, and 2018 was a year filled with excitement. After five major media briefings wowed the crowds in the days and hours leading up to showtime, attendees were eager to get their hands and eyes on everything that was revealed and more. E3 2018 was in full swing, and we were right in the thick of it. 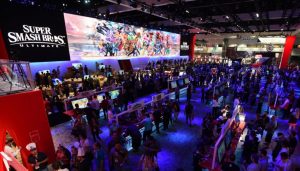 Never a dull moment at E3!

Day 1 started with a visit to Ubisoft, where we got to try out five of the publisher’s big games on display. We started with Starlink: Battle for Atlas, the starship shooter with customizable toy starships included. Simply by attaching the ship to my controller using the included anchor, I was able to fly around the galaxy fighting enemies and exploring new worlds. Using brand-new proprietary technology, the ships can be customized on the fly with different pieces. As soon as weapons are attached to a ship, those weapons become immediately available to use. The Nintendo Switch version will include an exclusive ship in the Arwing from Star Fox, complete with Fox McCloud as a pilot. This could be the surprise hit of the holiday season, so be sure to keep an eye on it.

Next we took a look at a pair of historical games: Skull and Bones and Assassin’s Creed Odyssey. Skull and Bones was first revealed last year, but this new demo put us in a free-for-all on the open seas, with both AI-controlled and player-controlled ships to contend with. We collected intel, sank enemy ships for more loot, and sailed around the Indian Ocean looking for new story elements to explore. Skull and Bones is still a ways off, but its 2019 release should be highly anticipated. Meanwhile, Assassin’s Creed Odyssey allowed us a full hour to explore Ubisoft’s take on ancient Greece, and this game looks to be the best in the series. A sprawling open world, brand new Conquest battles with hundreds of soldiers fighting together, and the ability to choose between a male and female protagonist—Odyssey has it all. October 5 can’t come soon enough. 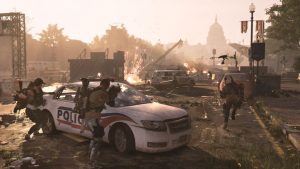 Ubisoft’s final offerings are two highly anticipated sequels in Trials Rising and The Division 2. Trials Rising is the same crazy motorbike action we’ve seen before, only now on a much grander scale. Stages are giant and filled with jumps, loops, and all other kinds of obstacles, and crashing the bike is just as fun as finishing the track. Trials Rising will bring plenty of silly fun when it launches in February 2019. The Division 2, however, will not be a laughing matter. The plague that turned New York City upside down in the first game is gone, but in its wake is lawlessness and danger in Washington D.C. We got to play as the Survivalist class in our demo, shooting high-powered assault rifles and a bow-and-arrow sporting explosive arrows, all while hoardes of enemy soldiers flanked our team from all sides in some of the smartest AI moves we’ve ever seen. The Division 2 will be a grinding, challenging game when it launches in March 2019, and we cannot wait to play. 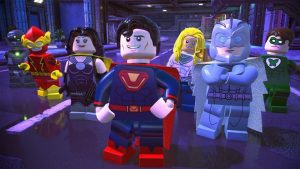 All your favourites are here

After finishing the Ubisoft marathon we were off to Warner Brothers, where we got hands-on with two wildly different titles. The first was Hitman 2, where the elite assassin Agent 47 was tasked with taking out a prominent race car driver mid-race. We snuck into the stadium, stole the clothes of a security guard, a waiter, and a pit crew technician in order to gain access to her car in the pit, planted a small device, and watched the fireworks. The ability to stealth my way through this massive party was really cool, and we’re curious what other crazy scenarios we’ll have to face when Hitman 2 drops November 13. We also played the latest in a long line of kid-friendly LEGO games, LEGO DC Super Villains, which as the name suggests stars the best of DC Comics’ fiendish villains. The Joker, Harley Quinn, Lex Luthor and more will jump, shoot, and fight their way through dozens of famous DC Comics locales in their quest to take down the heroes once and for all. Embrace your bad side when LEGO DC Super Villains releases October 16.

The last appointment of Day 1 was with Koei Tecmo, debuting the next installment of its longtime fighting franchise Dead or Alive 6. Koei Tecmo is taking the game in a new direction, focusing on the action in the match instead of the fighters themselves, and so far the results are really showing. Matches are fast and frenetic, the action tense from beginning to end. We were able to try every character in the demo, from the fan favorite Kasumi to the brawler Zack, and each character fits well into the new future of Dead or Alive. Longtime fans and new fighters alike should be pleased when the game releases March 2019.

Comments: Comments Off on E3 2018 Adventures in Gaming: Day 1